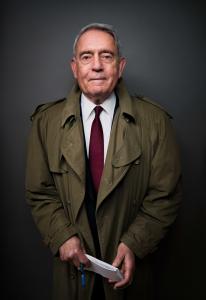 Veteran TV journalist Dan Rather visits Los Angeles and Riverside in December to discuss his new book “What Unites Us: Reflections on Patriotism.” 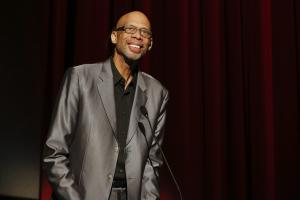 Basketball legend and author Kareem Abdul-Jabbar talks to Rather in Los Angeles. 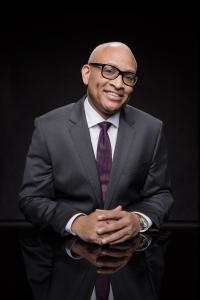 Kareem Abdul-Jabbar and Larry Wilmore to Serve as Interviewers

I find myself thinking deeply about what it means to love America, as I surely do.”
— Dan Rather

LOS ANGELES, CALIFORNIA, UNITED STATES, November 30, 2017 /EINPresswire.com/ — Veteran TV journalist Dan Rather comes to Live Talks Los Angeles for two separate appearances in downtown Los Angeles and Riverside to discuss his new book "What Unites Us: Reflections on Patriotism." Rather appears on Monday, December 4, 2017, 8:00pm at The Novo at L.A. Live in conversation with basketball legend, bestselling author and culture critic Kareem Abdul-Jabbar. Speaking with Rather at the Fox Riverside Theatre the next day, Tuesday, December 5, 2017, 8:00pm, is talk show host, comedian and podcaster Larry Wilmore. Tickets and more details can be found at livetalksla.org.

The Los Angeles event marks Abdul-Jabbar's third appearance with Live Talks Los Angeles, and his first as an interviewer. Previously he discussed books he authored, "Coach Wooden and Me" and "Writings on the Wall." The talk between Rather and Wilmore is Live Talks Los Angeles' second foray into Riverside, after actor Bryan Cranston's appearance in September inaugurated Live Talks at the Fox. Emmy Award winner Wilmore is perhaps best known as the host of Comedy Central's "The Nightly Show with Larry Wilmore" after serving as the "Senior Black Correspondent" on "The Daily Show with Jon Stewart." Currently, he hosts "Larry Wilmore: Black on the Air" on The Ringer Podcast Network, which Time recently named as one of the Top 10 Podcasts of 2017. Off-screen, Wilmore serves as co-creator and consulting producer on HBO's "Insecure." He also helped to launch ABC’s "Black-ish" as an executive producer.

"What Unites Us," a book of essays co-written with Elliot Kirschner, was published earlier this month. "I find myself thinking deeply about what it means to love America, as I surely do," writes the iconic newsman on why he took on this project. At a moment of crisis over our national identity, Dan Rather has been reflecting—and writing passionately almost every day on social media—about the world we live in, what our core ideals have been and should be, and what it means to be an American. Now, in a collection of wholly original essays, the venerated television journalist celebrates our shared values and reminds us about what matters most in our great country.

With a famed and storied career that has spanned more than six decades, Dan Rather has earned his place as one of the world's best-known journalists. He has interviewed every president since Eisenhower and, over that time, personally covered almost every important dateline in the United States and around the world. Rather joined CBS News in 1962. He quickly rose through the ranks, and in 1981 he assumed the position of anchor and managing editor of the CBS Evening News—a post he held for 24 years. His reporting across the network helped turn "60 Minutes" into an institution, launched "48 Hours" as an innovative newsmagazine program, and shaped countless specials and documentaries. Upon leaving CBS, Rather returned to the in-depth reporting he always loved, creating the Emmy Award–winning Dan Rather Reports on HDNet. Now, building upon that foundation, he is president and CEO of News and Guts, an independent production company he founded that specializes in high-quality nonfiction content across a range of traditional and digital distribution channels.

Event Details: Tickets can be purchased at Live Talks Los Angeles. Price ranges from $40-$76 and all tickets include a copy of "What Unites Us." The Novo is located at 800 W. Olympic Blvd., Los Angeles, CA 90015. Fox Performing Arts Center is at 3801 Mission Inn Avenue, Riverside, CA 92501.