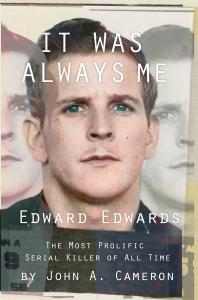 It Was Always Me Cover 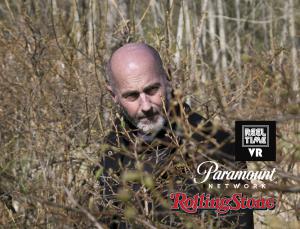 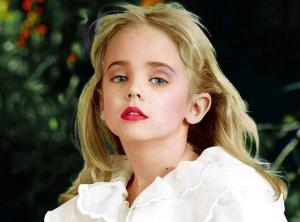 Revolutionary New Book “It Was Always Me Edward Edwards The Most Prolific Serial Killer of All Time” Names One Man Responsible For The Zodiac, and Other Murders

Rolling Stone has been a cornerstone of entertainment news for longer than I can remember. Although not on the “cover” it is truly a thrill to get your project featured in this iconic magazine.”
— CEO Barry Henthorn

SEATTLE, WA, USA, May 22, 2018 /EINPresswire.com/ — ReelTime (OTCPK:RLTR) Rolling Stone Magazine commended ReelTime author and veteran detective John Cameron for his sincerity in an article titled “Inside One Man’s Serial-Killer Unification Theory” reviewing the chilling documentary series “It Was Him: The Many Murders of Ed Edwards” which aired it’s Finale on The Paramount Network last night which John stars in.
The show and book examine Cameron’s discovery that one man, Edward Edwards may have been responsible for many of the high-profile murders over the past 60 years. These include murders by The Zodiac Killer, and the murders of JonBenet Ramsay, The Black Dahlia, Tracy Halbach, Laci Peterson, and many others. Some of which are still unsolved, yet others convicted and, in some cases, even executed innocent men.
Rolling Stone also concludes that there is actual hard evidence presented by Cameron that Edwards Killed even more people and he is not alone in this belief. One of those cases is the 1960 stabbing deaths of Larry Peyton and Beverly Allan which took place in Portland, Oregon. It was featured in the final episode of “It Was Him” which aired last night. Edwards was seen hanging around the crime scene, with a bullet wound in his arm, that police suspected was related to a bullet hole in the couple's windshield. Police even arrested him, but he escaped before he could be questioned – and for some reason, they didn't pursue him. Meanwhile, two other men were convicted for the murders and sentenced to life in prison – but they were both released within just a few years, without explanation. Both had long insisted they were innocent. Cameron hopes to officially exonerate them, and he makes a compelling argument for why the Peyton/Allan case should be reexamined.
The article also presents some equally outlandish dismissals of Johns work, which helps people to understand how much scrutiny and disdain is held by those whose own theories of these cases are challenged to the core by Cameron’s discoveries and interactions directly with Edwards.
The new book “It Was Always Me – Edward Edwards The Most Prolific Serial Killer of All Time” can be purchased by viewers at www.itwasalwaysme.com or at other online book stores. Camerons research and evidence presented in his book, has recently gained national exposure in In Touch Magazine, http://www.intouchweekly.com/posts/edward-edwards-jonbenet-ramsey-black-dahlia-156347 and in People Magazine http://people.com/crime/did-edward-edwards-murder-jonbenet-black-dahlia-zodiac-killer/ spawning a six-part series based on the book which aired on The Paramount Network (formerly Spike) sparking perhaps the single most controversial discoveries in criminal history. https://www.youtube.com/watch?v=MY2LM5ByKAk
Although Ed Edwards was convicted of only 5 murders the discoveries presented in the book have led many to believe that the spree could have exceeded 60 people spanning over 60 years including many of the most famous murders of all time.
Veteran Detective/Author John Cameron exclaimed: “I am grateful that Rolling Stone helped make people aware of the discoveries linking Edwards to so many murders. I hope that from the exposure and onslaught of new tips that these and other crimes can finally be solved. ”
Barry Henthorn ReelTime CEO stated: “Rolling Stone has been a cornerstone of entertainment news for longer than I can remember. Although not on the “cover” it is truly a thrill to get your project featured in this iconic magazine.”
About Rolling Stone Magazine: Rolling Stone is an American biweekly magazine that focuses on popular culture. It was founded in San Francisco in 1967 by Jann Wenner, who is still the magazine's publisher, and the music critic Ralph J. Gleason. It was first known for its musical coverage and for political reporting by Hunter S. Thompson. In the 1990s, the magazine shifted focus to a younger readership interested in youth-oriented television shows, film actors, and popular music. In recent years, it has resumed its traditional mix of content. Rolling Stone's website features selected current articles, reviews, blogs, MP3s. The website also has other features, such as searchable and free encyclopedic articles about artists, with images and sometimes sound clips of their work. On April 19, 2010, the website was updated drastically and now features the complete archives of Rolling Stone. The archive was first launched under a for-pay model but has since transitioned to a free-with-print-subscription model. In the spring of 2012, Rolling Stone launched a federated search feature which searches both the website and the archive.
About ReelTime: ReelTime Rentals, Inc. DBA ReelTime VR, ReelTime Media Group www.reeltime.com is a publicly traded multimedia publishing company based in Seattle, WA (OTCPK:RLTR). ReelTime is in the business of helping individuals whom have been thrust into the public eye to monetize their exposure and control the portrayal of their story. ReelTime is also in the business of developing, producing, and distributing Virtual Reality Content and technologies under the brand ReelTime VR. We have end to end production, editing, and distribution capabilities for internal and external projects. ReelTime currently produces three ongoing series for the Samsung Gear VR platform, VeeR TV, Oculus, and distributes them over numerous VR delivery portals.