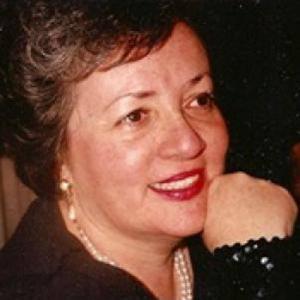 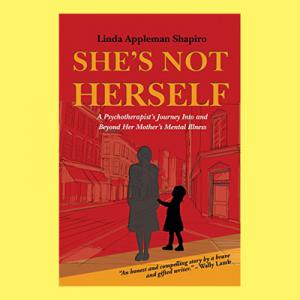 Linda Appleman Shapiro is a psychotherapist and addictions counselor, mental health advocate, and the author of She’s Not Herself: A Psychotherapist's Journey Into and Beyond Her Mother's Mental Illness.

Shapiro's memoir is about how she and her older brother grew up in the 1940s and ‘50s in the Brighton Beach section of Brooklyn with a mother who suffered from mental illness.

As the daughter of Russian immigrants, Shapiro was never told anything about what she saw or heard when her mother became ill. She's Not Herself derives its title from what Shapiro's father would say whenever her mother would suffer one of her episodes.

“Those were the years when no one spoke of mental or physical illnesses in one's family — especially in immigrant families,” says Shapiro. “Children assume that whatever the reality is in their family is reality, but if you keep secrets and never address them, children are unlikely to ever become fully functional adults. Finding trained professionals or good mentors can help them to break the cycle of multi-generational dysfunction.”

Shapiro's mother suffered from mental disorders, including major depression and psychoses. She says that sharing her story is liberating for others who grew up with the effects of a family member's mental or physical illness that was kept secret and never processed. Her goal is to offer readers insight about how to move through and beyond trauma, from darkness into the light. As a psychotherapist, she decided that sharing her story was the best way to help others take secrets out from their family's closet in order to begin their own healing journey.

The US Review of Books called She's Not Herself "a revelatory account of someone who grew up with a mentally ill parent and grew up to become an effective, loving mother and a successful professional healer."

“I had been recommending self-help books to all of my patients in recovery, but when I realized that there were few if any written for the adult children of the mentally ill, I decided to write one,” says Shapiro. “It was then that I realized any good therapist could write a good self-help book but I had a story to tell: my story.”

Trained as a behavioral therapist, Shapiro believes that gaining insight into thoughts and feelings is only one step in the healing process. In writing her story, Shapiro learned more than she ever expected about the mind and memory, and the defenses that allow us to deny the reality before us when we're children. Shapiro says these experiences must be fully explored if we are to become emotionally healthy, productive adults.

“I'm addressing the very urgent need to interrupt generational family dysfunction by merging life 's sweetness with its sorrow — reconciling its meaning with its mystery. In so doing, my wish is to help others to understand the healing power of forgiveness without forgetting,” says Shapiro. “Just as I came out from the darkness, so, too, can others. What is needed is the help of someone who can reflect back to them who they are and through love and kindness offer a new road to walk on, one that will take them into the light.”

She’s Not Herself is available at Amazon, Barnes & Noble and through its publisher Dream of Things at http://www.dreamofthings.com/Shes-Not-Herself_p_19.html.

She's Not Herself is also available through the iTunes Store and all major book sellers.

For more information about Linda and her book, visit www.applemanshapiro.com and her Facebook at www.facebook.com/lashapiro1