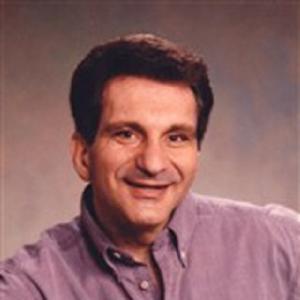 ROSETO, PENNSYLVANIA, UNITED STATES, July 24, 2018 /EINPresswire.com/ — Anthony Coppolella is an accomplished poet and songwriter who has received praise from former President Clinton, was named among the Outstanding Poets of 1994 and was honored for lifetime achievement by Who’s Who–and there’s a good reason. He writes stunning poems, creates carefully rhymed and metered lyrics, and tells a great story every time. He also strings words into little pearls of wisdom, like Stay in your lane in the road of life and If you want to do something, just go do it, without fear.

To date, Anthony has written over 30 songs, 15 of which were contracted by the Hilltop Records and Rainbow Records labels, each based in Hollywood CA. Anthony, or Tony as he likes to be called, is the lyricist, and the record companies provided the musical scoring, accompaniment and vocalists (one sounds a bit like Roy Orbison, especially when he sings Tony’s lyrics about a pretty woman and man who cross paths and look each other up and down.)

Tony’s lyrics are sweet and genuine, and each song tells a story, mostly with happy endings. Otherwise, it has a message. Anthony loves to share moral advice, such as when he cooks, and says if you have all the colors that God gave us on a plate, then you have a great meal.

Tony has a strong belief in God and a couple of his songs are spiritual in nature. A Candle in His Light is one of Tony’s favorites, and sure qualifies as a gospel tune. Hallelujah, salvation and heavenly plans are often part of Tony’s lyrics. It was likely God talking through Tony, when he suddenly got an urge to write, and verses began pouring out of him back in 1992.

He went ahead in that direction, attending workshops in Washington DC, learning to use meter and polarity, and how to refine his work. He also joined organizations like The National Library of Poetry, the International Society of Poets, and the National Writer’s Association. Some of these organizations selected Tony’s poems to appear in their journals. The summits also led to notice of his poem about world peace (for which he got that thank you letter from the President) and to the creation of one about the Statue of Liberty …a gift made of precious metal to help the tired and poor settle. Tony hopes to see that on a plaque at Ellis Island one day.

Tony’s songs are frequently love songs, and love is important to him, especially when it comes to loving what you do. He so loves his writing career and looks forward to publishing a full-length book soon. He also loves his family with its numerous children and grandchildren, which include quite a few named Anthony. Tony also still works at his long-time career love; he’s a Quality Control specialist and ensures orders go out correctly. Tony likens that to being the Safety on a football team—if he can stop them from scoring a touchdown, he wins!

Be sure to tune into the show to hear all Tony’s heartwarming words including advice, poems and songs. He may read a short piece, like Cloudy Days or play some of the tunes from the Top Hits CD that Hilltop Records made for him. Radio listeners will surely smile, hum along, and get those wonderful words stuck in their head.

CUTV News will feature poet and songwriter Anthony Cappollelo in an interview with Doug Llewelyn on Thursday, July 26 at 2:00 pm EDT

Listen to the Show on BlogTalkRadio