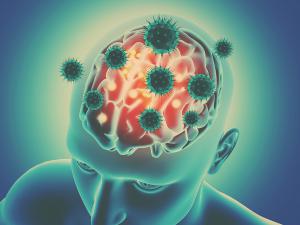 These inquiries into germs help broaden the search for the cause of Alzheimer's disease”
— Leslie Norins, MD, PhD

NAPLES, FLORIDA, UNITED STATES, February 27, 2019 /EINPresswire.com/ — Research grant funds made available by Alzheimer’s Germ Quest, Inc. (AGQ), have been awarded to two researchers, one at Harvard and the other at University of North Carolina, to investigate roles of microbes in Alzheimer’s disease, announces Leslie Norins, MD, PhD, company CEO.

The awards were the result of collaboration between AGQ and the Foundation of the Infectious Diseases Society of America (IDSA), which designed and administered the application and judging process.

Dr. Norins says the stimulus for the awards was “the willingness of IDSA, the country’s premier organization of infectious disease specialists, to encourage investigation of infectious agents as possible triggers or promoters of Alzheimer’s disease”. He says the interest of IDSA is a major milestone in widening the search for causation of Alzheimer’s beyond the decades-long focus on two characteristic proteins found in the brains of patients, amyloid plaques and tau tangles.

Dr. Cywes-Bentley will investigate whether a particular chemical marker, known to scientists as PNAG, and common to many pathogenic bacteria, can help identify the participation of these microbes in Alzheimer’s disease.

Dr. Aiello will study data from large groups of volunteers, who have been followed as they age, to see if various factors related to infection correlate with subsequent development of Alzheimer’s disease.

AGQ is a public benefit corporation headquartered in Naples, Florida. Its mission is to accelerate and deepen research into the role of microbes in the causation of Alzheimer’s disease. It is self-funded, and neither solicits nor accepts outside donations or grants.