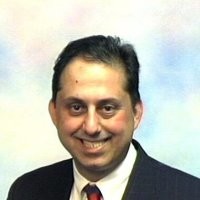 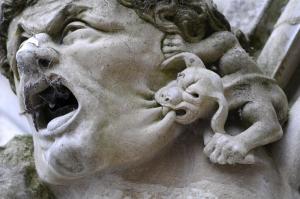 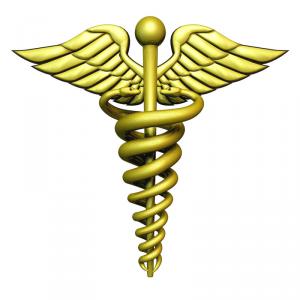 The lawyers’ truth is not Truth, but consistency or a consistent expediency.”
— Henry David Thoreau

Arnaldo Trabucco,MD sued Jeffrey A. Cogan ESQ, his law firm and the family of the patient who passed away of natural causes, unrelated to the surgery, Gerald Scharf for filing fraudulent repetitive law suits alleging the equivalent of murder of the patient.

Jeffrey Cogan was relentless in his fraudulent filings. The first filing was in Nevada federal court, dismissed. The 2nd in AZ state court (both dismissed with no evidence with prejudice against Cogan) and finally in AZ Federal Court that went to a jury with a unanimous verdict (8-0) in favor of Trabucco, with no evidence and finding that Trabucco did anything wrong, Cogan had absolutely no evidence to support his fraudulent allegations of malpractice (10/2017). Cogan witnesses, Dr. Mellman's who indicated there was no deviation of the standard of care and his other witness Dr. Danoff's testimony stated the operation went well without any issues.

Dr. Danoff retorted to sell his book “Penis Power” to the jury and informing them that they can buy it online. “Really it’s called Penis Power you can buy it on Amazon.com”. The performance presented in court was comical and pathetic to say the least. Trabucco’s Malpractice lawyer was represented by Scott Holden Esq.

Dr. Trabucco then sued Cogan, seeking damages for harm to his reputation, loss of earnings, emotional distress and defense costs.

Despite Trabucco reporting Cogan to the Nevada Bar Association, they have adamantly refused to do anything to Cogan despite the severe and multiple egregious malicious untrue allegations and filings since 2013. Cogan has blatantly violated trial rule 11 which basically indicates that when a lawyer files a lawsuit he must have done unequivocally due diligence to obtain factual evidence of the charges that he is filing for, which he had absolutely no evidence to substantiate his allegations. These allegations were fabricated by this bankruptcy attorney for malicious intent. This was substantiated by Scott Holden ESQ during his testimony.

Cogan is also in violation the code of ethics rule 121 section A and B, which relates to confidentiality of the American Bar Association when a formal complaint has been filed. Again the Nevada Bar Association has done nothing.

The Mohave county jury unanimously voted in favor of Dr. Trabucco and (7/26/2018) assessed the damages against Cogan and his law firm.

Phoenix law firm Wilenchik et. al., which represented Trabucco, said it searched records and couldn’t find a higher verdict in Mohave County, or in the state of AZ. The next highest award found was for $1.25 million in a 2010 medical malpractice case. This displays how vehemently malicious Cogan’s allegations and lawsuits were fraudulently filed with no evidence.
Cogan solicited this case with the aid of a Dr. and his wife from Arizona who was apparently acting as a fictitious pseudo-paralegal to assume this case which was going to be dismissed by the previous attorney because there was no case. So that attorney sat on the case so long until the attorney died. His partner was going to drop the case because there was no case.

Cogan, who is based in Las Vegas, (a bankruptcy attorney, hired by his ex-wife, and not a malpractice attorney) had previously sued Dr. Trabucco for the same fraudulent malpractice case causing Scharf’s death, 3 times for the same case. Cogan fraudulently stated that Trabucco murdered his own patient. With the help of forensic pathology a federal jury found that Scharf died of natural causes unrelated to the surgery, and there was, no evidence supporting malpractice by Trabucco’s lawyer Scott Holden said. Holden had warned Cogan about the filing of his false claims on numerous occasions; however Cogan persisted three times and stated to Holden that “he wanted his cake and eat it at the same time” and that he wasn’t worried. Holden as a lawyer has never seen a more corrupt case like this in his entire career. The malpractice case was finally concluded in Trabucco's favor on October 2017 in Arizona federal court.

Trabucco then sued Cogan, seeking damages for harm to his reputation, loss of earnings, emotional distress and defense costs. Trabucco will also be seeking criminal charges against Cogan and his co-conspirators for using the federal court system with malicious intent for personal gains.

Dr. Trabucco the board-certified urologist had never had a malpractice judgment or settlement against the in over his 31-year career. They said even Scharf’s wife, who had hired Cogan, didn’t think the doctor was responsible, and relied on Cogan to provide the evidence which there was none.

Jeffrey Cogan admitted in Arizona Superior Court that he was hired by Rebecca Eimerman and Dr. Trabucco’s ex-wife Pamela Trabucco. Cogan also conspired with another doctor and wife who were also in contact with Dr. Trabucco’s ex-wife and Rebecca Eimerman as well as his father, mother, sister, daughter who was underage at the time. This exemplifies the Machiavellian approach and the seriousness of the issues at hand as a conspiracy with multiple individuals involved. Dr. Trabucco is now filing suit against his ex-wife Pamela Trabucco, Rebecca Eimerman and other individuals and periodicals relating to this matter as well as other matters that are propagated fraudulently on the Internet.

Cogan a bankruptcy lawyer is now declining to pay and has filed for appeal, but the evidence is overwhelming against him. Please note that Mr. Cogan has recently committed dishonest actions with a “fraudulent transfer” where he took out the property of his corporation and then put it in a corporation in his own name in exchange for nothing to the corporation with the obvious purpose of keeping it away from collections “by claiming it is exempt under personal endeavors exemptions”. This exemplifies the immoral nature of Cogan and thinking that he is above the law.