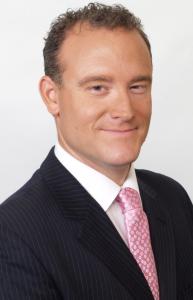 AUSTIN, TEXAS, USA, May 26, 2019 /EINPresswire.com/ — Prestige Professional Publishing celebrates its 10th anniversary today. Officially incorporated on 26 May 2009, it was founded by economist and futurist Jason Schenker.

"We have built a fantastic business," said the Editor-in-Chief, Jason Schenker. "It is amazing to see the books we have published in the past decade on the economy, finance, politics, and technology. We look forward to publishing many more books in the decade ahead. I am also excited to share that we will be officially launching a new imprint later this year."

In the decade since its founding, Prestige Professional Publishing has published 16 books:
– Be the Shredder, Not the Shred
– Commodity Prices 101
– Electing Recession
– Financial Risk Management Fundamentals
– Futureproof Supply Chain
– A Gentle Introduction to Audit and Due Diligence
– Jobs for Robots
– Midterm Economics
– The Fog of Data
– The Promise of Blockchain
– Quantum: Computing Nouveau
– Robot-Proof Yourself
– Spikes: Growth Hacking Leadership
– The Future of Energy
– The Robot and Automation Almanac — 2018
– The Robot and Automation Almanac — 2019

"A number of our books have been ranked #1 Best Sellers on Amazon and #1 New Releases on Amazon. Six of our books have also been optioned by foreign publishers and translated into Chinese," Jason Schenker noted. "It brings me great joy to know that we are producing books people want to read. We are especially proud of The Robot and Automation Almanac, which includes original research from The Futurist Institute."

In addition to his role as the Editor-in-Chief of Prestige Professional Publishing, Jason Schenker is the President of Prestige Economics and the Chairman of The Futurist Institute. He was ranked one of the top 100 most influential financial advisors in the world by Investopedia in June 2018.

Prestige Professional Publishing is registered with the Library of Congress.