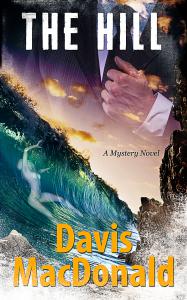 The Hill by Davis MacDonald 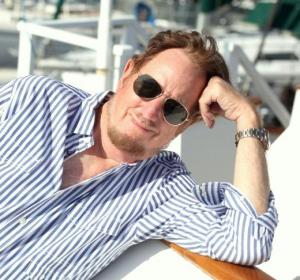 A murder mystery novel that will keep you guessing as the Judge discovers the secrets. Filled with drama, mystery, romance and of course murder.

Follow the Judge as he discovers the facts explaining what really happened on that buff, and on the beach below. The tale is told in fast moving sequence, mixing drama, and mystery.”
— Davis MacDonald

SANTA ANA, CA, UNITED STATES, May 29, 2019 /EINPresswire.com/ — Known as the Lawyer by Day and Mystery Novelist by Night, MacDonald’s first book in the series of the Judge, “The Hill”, is now available for FREE for a limited time. Fans of mystery novels can click this special link for downloading to get their FREE copy of the Hill.

Readers who love murder mystery novels that are intriguing will enjoy this story that is based in part on real life facts and real people. A super rich community, Palos Verdes, (or “THE HILL” as it’s called by its residents) is clearly an Elite Society at first glance. And yet beneath: Drug Trafficking, Sexual Escapades, the Pursuit of Wealth At Any Cost, Dark Secrets, Forbidden Relationships, and even Suicide….…Or was it Murder?

The protagonist, the Judge, forced into retirement by unseen forces, finds his solitary existence dramatically rearranged in a space of weeks as he pursues a private investigation into the death of a young high school girl who apparently jumped off a cliff in Palos Verdes.

Davis MacDonald uses the mystery genre to explore themes of unbridled greed and its consequences, the responsibilities, which go with an intimate relationship, female pursuit of older men, and the causal connections between lover, mentor, and Mexican cartel which result in the tragic death of a young girl.

Follow the Judge as step by step he discovers the facts which explain what really happened on that buff, and on the beach below. Piecing together a many sided picture of a young victim with secrets, exploring her sexuality. Inadvertently caught in a web of corporate corruption, money laundering, and abandonment by the trusted mentor who crossed the line.

In the process the Judge finds himself drawn to a younger woman who helps him piece the story together, jeopardizing her own life in the process. Leading him to examine his own solitary existence, and to consider the consequences of a romance with a much younger woman.
The tale is told in fast moving sequence, mixing drama, mystery, romance, and a bit of underlying humor at the foibles of an older man searching for new meaning in his life and work.

People who find the Hill captivating will want to read the complete Judge series. Visit the Davis MacDonald website, or click the Amazon link to purchase the next book in the series, THE ISLAND, set in Catalina, and follow the continuing love story of the Judge and Katy, as yet another homicide catches the Judge’s attention, this time in his very own Yacht Club.

About the author
A native of Southern California, Davis MacDonald writes from intimate knowledge of people, places and events, fashioning tales by watching real people coping with life and its vicissitudes. He is a member of the National Association of Independent Writers and Editors (NAIWE). As an esteemed attorney, MacDonald currently provides legal representation to clients throughout the USA and abroad.