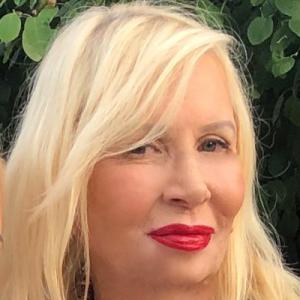 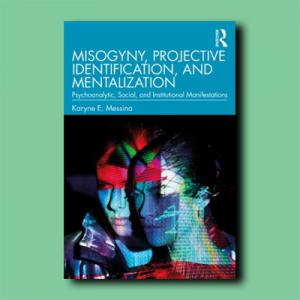 CHEVY CHASE, MARYLAND, UNITED STATES, May 2, 2019 /EINPresswire.com/ — Misogyny effects women in both blatant and subtle ways. Shifting roles and changes in the status quo can raise the anxiety of and threaten people in positions of power. Misogyny is inherent in our society today because of the male dominated structure that continues to persist in our culture.

Of course, many men don't consider themselves to be misogynists, however there is no escaping that we live in a patriarchal society. The idea that men are more powerful than women is embedded in our culture. These notions are perpetuated by men (and women) who want to retain power. The fight for equality must continue until women are truly equal participants in today's world.

That’s the philosophy of psychologist Dr. Karyne Messina, author of Misogyny, Projective Identification, and Mentalization: Psychoanalytic, Social, and Institutional Manifestations. Dr. Messina explores how the psychoanalytic concept of projective identification may explain important aspects of how society is constructed and how it has enabled misogyny to be expressed in social, political, and institutional settings.

With specific reference to the erasure of women’s contributions in society, including the recent election loss by Hillary Clinton in 2016, Misogyny, Projective Identification, and Mentalization sets a new agenda for understanding how misogyny is expressed in 2019.

“I've devoted my life to fighting for women's rights,” says Dr. Messina. “On one hand, things seemed to have been going along pretty well—we were making a lot of strides and I had been very optimistic—but then there was the 2016 Presidential election: a day filled with a lot of tears. Since that fateful day, it appears as though we have been forced to take several steps backwards in terms of equality.”

Misogyny, Projective Identification, and Mentalization tells the story of women who have been erased, dismissed, and devalued and why this phenomenon occurs, as well as what can be done to change this dynamic.

Dr. Messina proposes that projective identification can create a hivemind that leads to dismissal, humiliation, violence, and other egregious atrocities against women. Projective identification is a defense mechanism that allows a person to rid him or herself of some aspect of his or her personality that is intolerable. In the process, this quality is projected onto another person. Forcing one's thoughts or feelings onto someone else while maintaining control over that person is a form of misogyny.

“It’s sometimes expressed as gaslighting, as well as bullying,” explains Dr. Messina. For example, “Bullies have problems: Generally speaking, they have low self-esteem and thoughts and feelings they can’t tolerate so they blame others for their own negative qualities and shortcomings. Then they taunt the people they bully while calling them various negative names to rid themselves of these labels.

So, what is the fundamental insecurity men have that is consistently being represented and manifested through misogyny? Dr. Messina says, “I believe it is initially related to some type of loss. For example, I think that everything can go well between men and women until a man loses something, when his position is threatened. When it looks like he may lose a woman or job or when he feels ‘less than’ for one reason or another, one line of defense is to disparage women.”

“Whereas projective identification is exemplified by one mind being in control, mentalization includes two minds, two people (or more). Mentalization occurs when people collaborate. One person’s idea is no more important than another person’s idea. These concepts can make a difference in hospitals, corporations, universities, business, schools, and in any other setting where people communicate. Mentalization also is needed for corporate engagement; an idea that is of paramount importance in organizations today.

“I do have some empathy for men because this problem is longstanding and is so embedded in society. We still live in a patriarchal world. Many inappropriate behaviors men exhibit are learned when they are boys. We need to enlist men to help stop misogyny.”

CUTV News Radio will feature Dr. Karyne Messina in an interview with Jim Masters on May 6th at 12pm EDT and with Doug Llewelyn on May 21st at 12pm EDT. 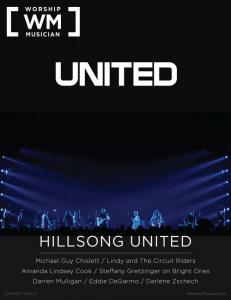 Worship Musician has captured the true value of what a digital magazine can be and is attaining a deeper reach to church leaders than anything that has come into the market before them.”
— Scott A. Shuford, CEO of FrontGate Media

ORANGE COUNTY, CA, USA, May 2, 2019 /EINPresswire.com/ — [WM] WORSHIP MUSICIAN has gone all digital and returned to FRONTGATE MEDIA, the leading faith-based marketing agency and media group, to exclusively represent Worship Musician for sales of their digital advertising and promotions to the Christian market outside of the music and NAMM industries.

With the conversion to a fully digital magazine, the monthly publication has expanded its distribution partners, now delivering directly to 1.1 MILLION EMAIL INBOXES through the addition of direct partners including Worship Together, iTickets.com, Loop Community, Creation Festival and OnSong.

In addition to expanding in reach, the digital magazine has also expanded in size, now topping out at as many as 200+ PAGES. New coverage sections have been added for BOOK REVIEWS, MOVIE REVIEWS, and expanded EDITORIAL ARTICLES, along with additional coverage in their featured sections on Worship Guitar Player, Worship Drums + Bass, Keys, Pads + Loops, Artist Songwriting + Recording, Vocals, Teams + Leadership and Church Tech + Production.

All full-page ads receive a free additional INTERACTIVE PAGE that creates a 2-page digital spread. This fully interactive page features the advertiser’s video embedded and/or other multimedia content linked to the site of their choice. See the most recent issue at www.WorshipMusician.com.

"[WM] Worship Musician has captured the true value of what a digital magazine can be and is attaining a deeper reach to church leaders than anything that has come into the market before them. I’m excited to have them back home with FrontGate,” states Scott A. Shuford, Founder & CEO of FRONTGATE MEDIA.

“Our #BetterBySunday content is instructional and immersive not only for worship leaders, worship team musicians, and tech teams but also for Christians who want to go deeper in their personal relationship with the Lord. Our unique sell -through experience for advertisers is innovative and effective. We are pleased to be working with FrontGate again for advertisers looking to impact the Christian community,” shares Bruce Adolph, Publisher of [WM] WORSHIP MUSICIAN and co-founder of the Christian Musician Summit conferences.

About FrontGate Media
Award-winning FrontGate Media is the leading marketing agency and media group specializing in the faith and family audience.  With a 19-year track record of success, the firm serves as “Your Gateway to the Christian Audience.” FrontGate’s full-service agency and media group has been trusted with over 5,000 campaigns, providing Faith-based market Strategy Development, Public Relations, Social Marketing, and Media Buying. FrontGate’s own Web & Events Network also provides reach to tens of millions of people each month via their sites, events and email subscribers.  Founded in 2001, FrontGate has repeatedly been honored in the Internet Advertising Competition and the WebAwards. The company plays a key role in the success of for-profit and non-profit organizations seeking the faith-based and family-friendly audiences. http://FrontGateMedia.com

An intelligence report has been added to the portfolio of WiseGuyReports titled, “2019 Global and Regional Gasification Market Research Report Forecast 2025”.

Global Gasification Market Report 2019 – Market Size, Share, Price, Trend and Forecast is a professional and in-depth study on the current state of the global Gasification industry. The key insights of the report:
1.The report provides key statistics on the market status of the Gasification manufacturers and is a valuable source of guidance and direction for companies and individuals interested in the industry.
2.The report provides a basic overview of the industry including its definition, applications and manufacturing technology.
3.The report presents the company profile, product specifications, capacity, production value, and 2013-2018 market shares for key vendors.
4.The total market is further divided by company, by country, and by application/type for the competitive landscape analysis.
5.The report estimates 2019-2024 market development trends of Gasification industry.
6.Analysis of upstream raw materials, downstream demand, and current market dynamics is also carried out
7.The report makes some important proposals for a new project of Gasification Industry before evaluating its feasibility.

The key countries in each region are taken into consideration as well, such as United States, China, Japan, India, Korea, ASEAN, Germany, France, UK, Italy, Spain, CIS, and Brazil etc.

We also can offer customized report to fulfill special requirements of our clients. Regional and Countries report can be provided as well. 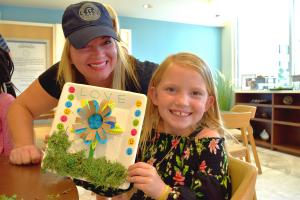 At the Tell a Story Pre Mother’s Day Event, children made unique flowers from paper plates and recycled cardboard as a gift to their mothers in anticipation for Mother’s Day. The event was held at the Clearwater Community Volunteers Center in Clearwater 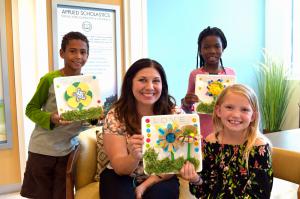 In spite of all, one must remember that they are the only parents one has. And as such, no matter what, one should honor them and help them.”
— L. Ron Hubbard

CLEARWATER, FL, US, May 2, 2019 /EINPresswire.com/ — On Sunday, April 28th, the Clearwater Community Volunteers (CCV) Center held a community pre-Mother’s Day “Tell a Story” event. There, children were read stories that emphasized showing thanks for the love and care which mothers give to their kids. Leading the activities was Ms. Lynn Posyton, Community Relations Director of the Concerned Businessmen’s Association of Tampa Bay. In addition to reading to the children, Ms. Posyton worked with the children to create uniquely decorated flowers as gifts for their mothers. Ms. Posyton then read the book, “Hero Mom”, aloud to them and also shared her own experience raising her four children. The event was free to attend and complimentary refreshments were served.

For the art project, kids transformed simple paper plates and recycled cardboard into one-of-a-kind gifts for their moms. The repurposed items were hand-crafted with uniquely patterned flowers and decorations.

“Today was so much fun,” said Mr. Posyton. “As I was reading the kids the story I could see their parents just beaming!”

Michael Soltero, Manager of the Clearwater Community Volunteers Center said, “The CCV Center organized this event in homage for all that our mothers do for us as children. What Humanitarian L. Ron Hubbard wrote epitomizes that message, ‘In spite of all, one must remember that they are the only parents one has. And as such, no matter what, one should honor them and help them.’”

Apart from community events, nonprofit organizations are able to use the CCV Center’s facilities and services at no cost to aid in the growth of their group.

To find out more information about the Clearwater Community Volunteers Center or to reserve the Center for your nonprofit’s activities please call Michael Soltero at (727) 316-5309 or email ccvcenter@ccvfl.org.

About the Clearwater Community Volunteers:

The Clearwater Community Volunteers have over 25 years of community service under their belt with over 150,000 families and children helped since their founding in 1992. Sponsored by the Church of Scientology Flag Service Organization, they stay true to their reputation of helping others with their new center located on the corner of Fort Harrison Avenue and Drew Street in downtown Clearwater.