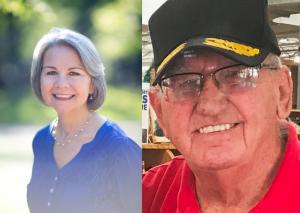 Dallas-area senior writers Rosanne Gordon and Tank Gunner were among a dozen Texans honored for their outstanding work in the 2019 Ageless Authors Writing Contest. 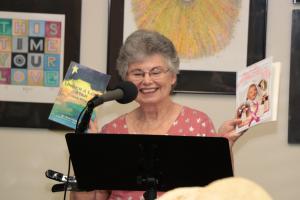 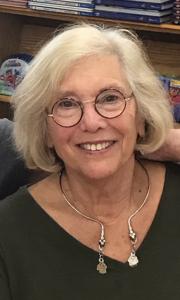 Carrollton author Jane Giddan oversaw judges from around the world.

The quality of this year’s submissions is off the chart.”
— Executive Director Larry Upshaw

DALLAS, TX-TEXAS, UNITED STATES, June 19, 2019 /EINPresswire.com/ — “Estate Sale,” a humorous short story by Rosanne Gordon of Dallas, won a cash prize in the 2019 Ageless Authors International Writing Contest exclusively for senior writers age 65 and older. This short story is one of a dozen entries from Texas writers and poets honored by the group.

The 2019 contest awarded first, second and third cash prizes in five different categories for a total of 15 cash prize winners. With the judging finished, 75 outstanding writers from around the world are being honored at the group’s website, agelessauthors.com.

Ageless Authors is a Dallas, Texas-based organization dedicated exclusively to encouraging and promoting the work of senior writers. The group’s third contest, which ended in April, includes writing in Memoir, Humor, Adventure, Romance and Poetry. Participants include top professional writers as well as those who have never sold any of their writing.

The prolific Gunner submitted entries in several categories and was “recognized” for an entry along with Michelle Ferrer of Plano and Leah Rae Lake of Austin (Romance); Glenn Thaxton of Dallas (Humor); Zandra Mink-Fuller of Burleson and Nick Sweet of Shepherd (Poetry).

“The quality of this year’s submissions is off the chart,” says Larry Upshaw, Executive Director of Ageless Authors. “It is only fitting that we honor a greater number of elderly writers who created these wonderful stories and poems.”

Local author Jane Giddan and poet Ann Howells led Ageless Authors’ international panel of writers, editors and publishers, numbering more than 40 judges this year, who read and evaluated each entry. The best work will be published later this year in the third collection of Ageless Authors Anthology. The first book is available now at AgelessAuthors.com and Amazon.com. The second anthology will be released this summer.

In addition, all entrants will receive the comments of the judges who reviewed their submissions.

Ageless Authors offers writing contests and anthology publishing as well as ghostwriting and publishing services to older writers. “Many of our members have used other services and felt they were not treated fairly,” says Upshaw, who has more than 50 years of experience as a journalist, author and marketing executive. “We are growing a community of seasoned senior writers who help each other become successful.”

The best overall entry will be awarded the second annual Bivona Prize, named for the late co-founder of Ageless Authors, novelist and poet Ginnie Siena Bivona. The cash award for winning this prize is $250.

The next Ageless Authors writing contest will open for submissions in the fall. The writing categories for the next contest will be different from the just-completed contest. To view the rules and guidelines for that next contest, go to agelessauthors.com/current-contest/ later this year.

“Because we feature only older writers, we are a showcase for their writing,” says Upshaw. “No one else exclusively promotes senior writers and they enjoy competing against each other. We are also becoming a place that publishers go to find outstanding senior writing for magazines and writing collections.”