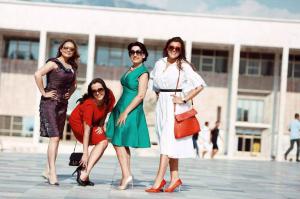 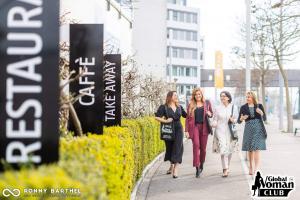 LONDON, ENGLAND, July 9, 2019 /EINPresswire.com/ — Hundreds of business women and female entrepreneurs have responded to survey carried out by Global Woman, a highly successful support network for female entrepreneurs, to mark its 4th Annual Summit in London.

The survey combines a mix of serious revelations about inter-female competitiveness, and fun facts about the most popular clothes and make-up for business success.

THE SECRETS OF SUCCESS ARE REVEALED IN A UNIQUE SURVEY OF HUNDREDS OF FEMALE BUSINESS BOSSES FEMALE ENTREPRENEURS SAY IT’S OTHER WOMEN WHO ARE GUILTY OF STANDING IN THEIR WAY
A SHOCKING 78% SAY WOMEN PUT UP BARRIERS TO OTHER WOMEN MOST THINK THEIR PARTNERS AND FAMILIES DON’T GIVE THEM ENOUGH SUPPORT
ACHIEVEMENT IS NAMED THE TOP DRIVING FORCE – WEALTH COMES BOTTOM – RANKED BELOW FAMILY SECURITY AND SELF ESTEEM AND WHY HEELS ARE DE RIGOUR, BRIGHT PINK LIPSTICK IS A NO GO, AND THE LITTLE BLACK DRESS COMES OUT ON TOP WHEN ITS COMES TO THE LOOK MOST LIKELY TO SEAL THE DEAL.

A survey of hundreds of female business women and entrepreneurs has thrown up some surprising findings – chief among them that other women are seen as a barrier to success. The questionnaire was distributed to members of Global Woman Club, a support network for female business owners.
Three hundred and thirty two women running their own companies took part.
The overwhelming majority (85%) said that all female network support groups like Global Woman are breaking down the barriers to women’s success. Surprisingly, most felt that being a woman hadn’t caused them to miss out on business opportunities. But at the same time a shocking 78% said that it was other women who had stood in the way of their ambitions.

Global Woman CEO Mirela Sula, herself a psychologist commented on the findings:
It may be that when women are under-represented in a particular area, they tend to see other females as a threat. Yet we know that for women in the business world, networking and supporting each other is an incredibly positive force. It’s how we will achieve more entrepreneurial women succeeding. And the more successful women we have out there, the more gender balance we attain, and it becomes less likely that women see other women as a threat…

About Mirela Sula
Global Woman Founder & CEO, Mirela Sula is a true force in the world of female entrepreneurship. With a background in journalism, media, and psychology, Mirela is a coach, trainer and speaker with a proven record of organising great events to promote women in business – including the Global Woman Summit! Mirela is also the organiser of the Migrant Woman Conference, and the author of several bestselling books, including ‘Don’t Let Your Mind Go’ and winner of many international awards. As a trainer, Mirela excels at building confidence, career coaching and improving communication skills. Mirela is passionate about empowering women worldwide and always stands up for inclusion, diversity, gender balance and supporting the next generation.

Find the details of the results and the full survey results are also available.