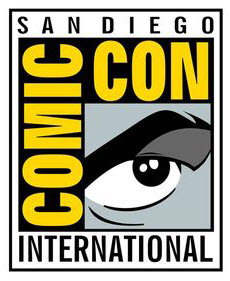 SAN DIEGO, CA, USA, July 16, 2019 /EINPresswire.com/ — The largest pop-culture entertainment event in the world, COMIC-CON INTERNATIONAL: SAN DIEGO 2019 kicks off this week with an attendance of more than 125,000 per day with hundreds of thousands more attending related events in downtown San Diego.

The CHRISTIAN COMIC ARTS SOCIETY along with ROOTED CHRONICLES is honored to partner with Comic-Con International to deliver top talent, projects, and compelling events open to all Comic-Con attendees.

The Christian Comic Arts Society and Rooted Chronicles will be hosting three events as part of the official Comic-Con programming and will exhibit throughout the convention in the Small Press area #P-08.

This is the 12th annual mixer of the CCAS where Christian professionals in the comic book entertainment and education fields discuss their faith and interact with the attendees. There will be time for people to network and the always-popular geek quiz where prizes will be given. Panelists will include Joe Queen (Geeky Guys and Gals 4 God), Hector Miray (Faith & Fandom), Scott A. Shuford (FrontGate Media), Eric Jansen (Foursquare Missions Press), Mario DeMatteo (Bear Truth Collective), and Luis Serrano (Rooted Chronicles/Samson The Nazirite).

Spiritual Themes in Comics continues the always-lively discussion of spiritual themes in comics, television, and movies. This panel delves into how spirituality influences the entertainment industry and in turn impacts the culture's perception of spiritual influences. This is the 23rd year of the Spiritual Themes in Comics panel and panelists include Scott Mercano (Diablo Publishing), Travis Hanson (Beanleaf Press), B. Dave Walters (Vampire the Masquerade), Buzz Dixon (G.I. Joe), Hector Miray (Faith and Fandom), Goldie Chan (Forbes), and Kyle Keene (Moderator).

In its 22nd year, the Open Meeting of the CCAS is where Christian professionals in the entertainment and education fields discuss their faith and how it influences them in their professions, their decisions, and the creative process. Panelists will include Sergio Cariello (Action Bible), Carmi Greene (actress/talent agent), Hector Miray (Faith and Fandom), Luis Serrano (Rooted Chronicles/Samson The Nazirite), Joe Queen (Geeky Guys and Gals 4 God), Mario DeMatteo (Bear Truth Collective), and Kyle Keene (Moderator).

Also, as in years past, CCAS will be featuring book signings and giveaways throughout the weekend at their booth, #P-08.

For more information on the Comic-Con International: San Diego, go to http://www.comic-con.org.

ABOUT ROOTED CHRONICLES
Founded by award-winning writer Luis Serrano, Rooted Chronicles, creates, publishes and promotes stories sown and seeded in Scripture. We have passion, love, and reverence for the Scriptures, so we strive to stay true, grounded, and rooted to the Biblical accounts we are retelling through Bible-based comics and graphic novels. Serrano was awarded the top honor in writing in the Gideon Media Arts Conference – Comics Writer and Artist Contest. Sixty-five percent of the population learns visually, and ultimately, we hope that our stories inspire readers to read and reread Scripture. See more about their premiere title “Samson the Nazirite” and also get your free download of “Gideon: The Hand of Midian” at www.RootedChronicles.com.

ABOUT CHRISTIAN COMIC ARTS SOCIETY
Christian Comic Arts Society (CCAS) was formed in 1984 to locate and link Christians interested or active in the comic book/graphic novel medium. CCAS sponsors comic industry activities at various comic conventions across the country, and Alpha Omega, the APA of Christian comics. The goal and purpose of CCAS is to support Christian professionals, hopefuls and enthusiasts within the Comic Book and related industries by providing opportunities for: 1. The sharing of the Christian message and our Christian faith, primarily within and through the comic book industry and art form. 2. Mentoring, training, friendship and networking. 3. The collaboration on and creation of visual storytelling. The CCAS is governed by a volunteer board which includes Ralph Miley (New Creation,) Luis Serrano (Rooted Chronicles/Samson The Nazirite,) Scott A. Shuford (FrontGate Media,) Clint D. Johnson (FaithWalker,) Christina Todd (Illustrator of Cute & Fuzzy,) Geoff Strout (Designer for Disney's The Beast "Couture de Force" line for Enesco / Contributing Artist to Silver Wolf,) Colleen Bennett (Producer & Director,) and Bryan Mero (Spirit Knight) along with numerous volunteers from the comic industry and the Church. For more information on the Christian Comic Arts Society, go to www.ChristianComicArts.com, Facebook.com/ChristianComicArts, or Twitter.com/ChristianComics.