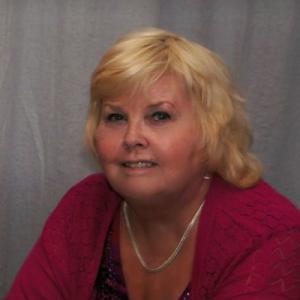 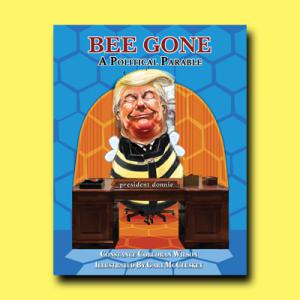 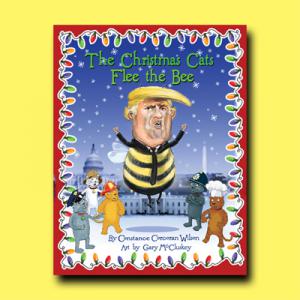 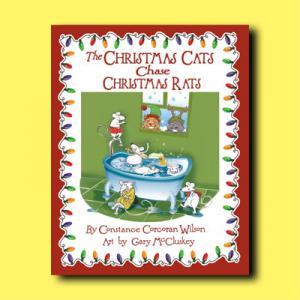 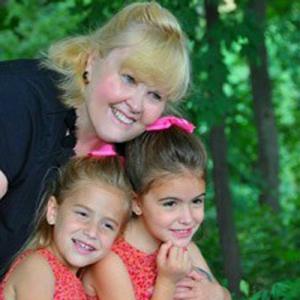 ‘Bee Gone’, up for pre-sale now, on Amazon, is the illustrated story of Donnie Drone, who wants to take over the hive from the Queen Bee. When he succeeds, chaos ensues. As ‘Bee Gone’ puts it, “So, the hive lost its honey, its Queen and its money. It was really a mess, and that isn’t funny.”

‘The Christmas Cats Flee the Bee’ is the sixth book in a series of children’s books entitled ‘The Christmas Cats in Silly Hats’. Says Connie, “I started writing the series for and with my twin grand-daughters Ava and Elise when they were three. I always planned for the series to end when they no longer believed in Santa. They are now ten, so it’s time to say farewell to the cats—at least for a while. I hope that Ava and Elise will read the books to their own kids one day. The messages within all the books should be repeated often and everywhere.”

The Christmas Cats are a hardy troupe of cats that go about helping other animals in distress. Their adventures teach children valuable lessons using clever Seussical rhyme. The first book was about learning to get along with others. The second book, ‘The Christmas Cats Chase Christmas Rats’, had a theme of helping others and not being prejudiced.

Said Connie, “Then the girls selected bats as the third animal in our series. ‘The Christmas Cats Encounter Bats’ stressed valuing all life— even if the animal wasn’t such a warm and fuzzy creature. I began to sense a theme for their creature choices,” she said, with a smile.

Says Connie, “I had to put my foot down and outlaw further rhyming animals, since we had worked our way down to gnats.”

Next up (Book #4) was ‘The Christmas Cats Fear for the Deer’, the true story of rescuing the deer in Scott County Park in Davenport, Iowa, from being culled by local hunters. The cats arrange for the deer to be flown to the North Pole, fitted with prosthetic antlers and they fly with Santa on Christmas Eve. ‘The Christmas Care for the Bear’ was the fifth book in the series, an anti-bullying book about a pudgy little bear with funny hair who is being bullied by the other animals in the forest.

‘The Christmas Cats Flee the Bee’, Connie’s new book features a golden-haired Donnie drone who wreaks havoc in the hive. He looks very much like a certain president. ‘Bee Gone: A Political Parable’ features Gary McCluskey’s terrific drawings, but minus the children’s book theme of the helpful cats, a book that will follow closer to Christmas.

“Gary and I decided to write a parable about Donald Trump,” laughs Wilson. “The Christmas Cats just don’t know what to do with Donnie drone when they are called to help out. Hence the title, ‘The Christmas Cats Flee the Bee’. We decided to suspend the Christmas Cats series while delivering one last important message.” Wilson said, “Gary says it’s ‘The most fun he’s ever had at work.’”

If you are a huge Trump supporter, be warned. The last book has a serious message that a democracy depends on citizens voting. As President Obama said, “Elections have consequences.” We all need to do our civic duty and get out and vote in 2020. And we need to protect our elections from foreign interference of any kind.”

Said Wilson, “The book is a plea for civility in divided times, no matter which side you are on, politically. It’s time for a light-hearted look at the big news story of the day, in rhyme, with fantastic illustrations. It’s how Gary and I decided to wind up the Christmas Cats series.”
.
Check out ‘Bee Gone: A Political Parable’ (up now) or ‘The Christmas Cats flee the Bee’ when it becomes available. Type in ‘Bee Gone: A Political Parable’ or Constance Corcoran Wilson on Amazon for the pre-sale of the Bee e-book. Check out www.ConnieCWilson.com and www.WeeklyWilson.com for updates on the release of the last Christmas Cats book in the series.