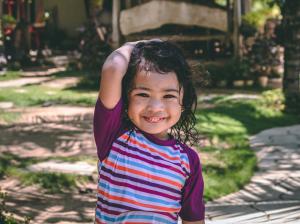 A child who learns to take care of her teeth avoids being a statistic and aims toward a happy and healthy life.

That is why we provide free workshops to tackle this hidden but very prevalent issue in children.”
— Ivan Batalla, manager TWTH Center

CLEARWATER, FLORIDA, US, August 29, 2019 /EINPresswire.com/ — On Sunday, September 1st, The Way to Happiness Association Tampa Bay will be holding a Toiletry Giveaway and workshop, “Take Care of Yourself”, to tackle childhood’s most common disease. The event will be held at The Way to Happiness center in downtown Clearwater. It will be provided in Spanish for the Hispanic community.

The workshop is based on The Way to Happiness book, authored by L. Ron Hubbard, in which he states “Preserve your teeth. If one brushed one’s teeth after every meal, it has been said that one would not suffer tooth decay. This, or chewing gum after each meal, goes far toward defending others from oral diseases and bad breath. Suggest to others that they preserve their teeth.”

Doors to The Way to Happiness Workshop will open at 4pm and everyone from the Hispanic community is invited to attend.

The Way to Happiness Association of Tampa Bay is one of nine humanitarian programs supported by the Church of Scientology and based on The Way to Happiness book written and published by L. Ron Hubbard in 1981. The book is a nonreligious, common-sense guide to better living. It is available in 115 languages, with some 115 million copies distributed in 186 nations. The campaign to distribute the book has been embraced by more than 257,000 groups and individuals and millions around the world have received the materials free of charge thanks to the continued sponsorship of the Church of Scientology.