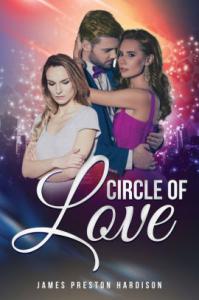 In his thirteenth book titled "Circle of Love,” Hardison captures the essence of ordinary people’s lives as families experience the good and bad of just living. This captivating novel will grip and soften one's emotions as various families deal with life’s good, not so good, shattered dreams and broken hearts. It takes readers on a heartbreaking journey of romance, suspense, murder, and drama.

“I wanted to pursue the thoughts of two women falling in love with the same guy and witness myself the sacrifice, shattered dreams and broken hearts of two sisters that are madly in love with the same man. Being deceitful and totally dishonest is a bad way to start off a relationship because quite often the truth will come out, bringing with it unwanted consequences. The other point of my message is that everything that seems to be absolutely true may not be so,” says Hardison.

Author Hardison developed his writing skills while he was in the United States Air Force by writing articles for the base newspaper in his spare time. He has written and published thirteen novels to date. He is almost at the end of writing his autobiography. Some of his great works include the following titles Andy Beechum, Relentless Pursuit, Matilda, Breaking Andy Beechum's Heart, The Money, Miracles on The Poke-A-No, Golden Tooth, Shattered Emotions, Tears of Love, Medallion Dawn of a New Day.

A retired Computer Operations Manager and Programmer, James Preston Hardison—turned novelist—has become a full-time author. He developed writing skills while performing computer operation functions in the United States Air Force by writing articles for the base newspaper during his spare time.

Very comfortable at public speaking, Mr. Hardison has a reputation for helping others achieve their goals; including aspiring authors to fulfill their dreams of writing their own novel. During Mr. Hardison’s professional career in the computer field, he has competed with the best and has been awarded over one hundred awards including, citations, trophies, plaques, or other type certificates.

He lives in La Grange, North Carolina, married and has six children.

Book copies are available at Amazon, Barnes & Noble, and other online book retailers.