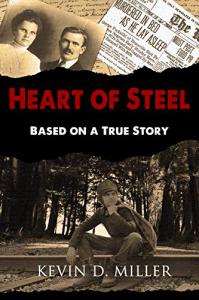 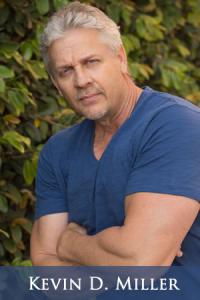 Author of Heart of Steel

When I came face to face with the true identity of my family and the tormented past my grandfather never spoke about, it was a story that had to be written and shared.”
— Kevin Miller, author of Heart of Steel

LOS ANGELES, CA, USA, October 7, 2019 /EINPresswire.com/ — Modern science is uncovering life-altering secrets, throwing many families into turmoil; an Oregon doctor has just sued a fertility clinic there for more than 5 million dollars, after discovering through Ancestry.com that sperm he donated in 1989 resulted in the births of at least 17 unknown children.

How would you feel if you learned through a home DNA test that your entire family history was wrong? Thanks to the relative ease of use of services like 23andme.com and Ancestry.com, shocking revelations, hurt feelings and sometimes bitter lawsuits are becoming more and more frequent as people learn about the often hidden branches in their family tree.

Los Angeles based author and Web Developer Kevin Miller woke up one morning to learn the name he’d used all his life was not even his real name! And, when he found out why, it led him to uncover his direct connection to an infamous murder mystery in a small Midwestern town, the results of which are still reverberating today.

Miller, a U.S. Air Force veteran, accidentally discovered in an old yellowed newspaper clipping that his real last name isn’t the All-American Miller, but the very Polish Puchalski. Kevin’s continued research helped unearth that his grandfather Stanley Puchalski was a man with many secrets, including a grisly murder, and they were all buried with him.

This sent Kevin on a dogged search back through time for clues. With help from Ancestry.com, 23andMe.com, decades-old newspaper clippings, what he discovered shook him to his core. Kevin's grandfather was involved in a murder-mystery, an indescribable tragedy, a major Midwestern scandal and a daring escape, pushing him beyond impossible odds towards healing, redemption and finally true love and real forgiveness. He chronicles that story in his new book “HEART OF STEEL”.

Kevin says, "When I came face to face with the true identity of my family, the tormented past my grandfather never spoke about and wanted to keep hidden, and his sacrifices so his future generations survived and were happy, it was a story that had to be written and shared.”

For an interview with author Kevin Miller and reviewer copy of Heart of Steel, please contact