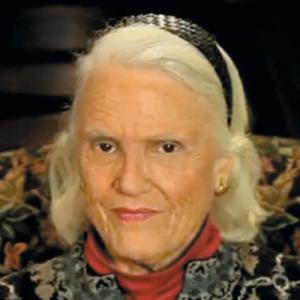 DRESDEN, MAINE, UNITED STATES, October 30, 2019 /EINPresswire.com/ — The late notable American journalist, Edward Hunter, author of Brainwashing in Red China said, “What is absolutely essential is that the full facts be given to all our people, for mind warfare is total war.” Hunter’s research is based on time spent with U.S. Prisoners of war, subjected to brainwashing In Korea. So just how much are we literally being lied to by our own government and media? How about our educational system? Our children’s values are and have deliberately been manipulated over a period of at least 100 years primarily by the efforts of the tax-exempt Rockefeller and Carnegie Foundations, to prepare them for a One World Government. Since the 1970’s one particularly brilliant woman has made it her life’s mission to open our eyes to the very truth many of us refuse to recognize.

Charlotte Iserbyt is an exceptional key note speaker, American freelance writer, and author of many highly regarded publications including her eye opening books “Back to Basic Reforms”, and “The Deliberate Dumbing Down of America-A Chronological Paper Trail”, and her one-page pamphlet “Soviets in the Classroom…America’s Latest Education Fad” which documents the agreements signed between President Ronald Reagan and USSR President Gorbachev in 1985, agreements designed to merge the two countries’ education and municipal systems. Aforementioned three published works are available as free pdf files at www.deliberatedumbingdown.com.

Charlotte’s primary thesis is this: American parents, as well as parents in foreign countries, have been diverted from the number one problem going on in our nation and the world: the restructuring by the UN-controlled education establishment and the tax-exempt foundations/corporations of the traditional K-12 classical academic education for upward mobility of students rather than what is being implemented as she writes: tax-funded school choice charters without elected boards (taxation without representation). The world’s children are being trained to be the cogs in the wheel of totalitarian global government at the same time spinning off profits for the global elite. Sounds like slavery, doesn’t it?

Charlotte grew up on Long Island and had a relatively sheltered upbringing. Inspired by her mother’s dedicated volunteer work with the Red Cross, at age twenty-three Charlotte went on to serve with the America Red Cross during the Korean War stationed at SAC airbases on Guam and Japan. Upon her return to the USA she went to work for the U.S. Department of State, serving in Washington, D.C. and in South Africa and Belgium where she met her husband, Jan. Charlotte credits most of her enlightenment to living among other cultures. Upon returning to the U.S. Charlotte served as an elected school board member where she was trained to be an “education change agent” and “to identify the resisters in her community”, training which blew her mind since she herself, was a resister to all the mind-bending programs being foisted off on our children.

It was Charlotte’s education research work in Maine, included her forming a group “Guardians of Education for Maine” that landed her a job as Sr. Policy Advisor in the Reagan U.S. Dept. of Education where she got herself fired for leaking to the press a federally-funded K-12 program “Project Better Education Skills through Technology” which would (and did) control the curriculum in all the nation’s schools, using Skinnerian operant condition computer technology to brainwash our children in globalist values and beliefs.

In her meticulously researched well documented book “The Deliberate Dumbing Down of America,” Charlotte reveals the intentional immoral teacher training and immoral curriculum-planning, going on in our public school system, alleging how our children and good teachers were/are being slowly brainwashed through the use of Skinnerian/Pavlovian operant conditioning and other evil manipulative methods, such as “values clarification” to adapt to a socialist collectivist world. She focuses on the importance of free will, and quotes the noted scholar/novelist C.S. Lewis who said “When training beats education civilization dies.”

Charlotte says, “People don’t need to do their own research. All the documentation is in her book. It comes out of “their” mouths, not hers.”

According to Charlotte, we are living a very melancholy existence where the powerful elite plan to control the population and rid people that don’t produce or benefit society.

“Regrettably, we are on the death culture track, the demise of everything we hold dear: art, music, history, and our precious freedoms under the U.S. Constitution” says Charlotte. And so, she says: “I will continue to bring awareness because I believe our children deserve to live in a world built on the American ideals of freedom and democracy, inclusion, and not tolerate intolerance, hatred, and terrorism. We must lay the groundwork for future generations. That is a world we should strive for.”

For more information on our guest please visit www.deliberatedumbingdown.com