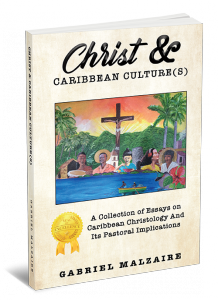 PHILADELPHIA, PENNSYLVANIA, UNITED STATES OF AMERICA, November 17, 2019 /EINPresswire.com/ — In a present period where false Words of God are everywhere, varied religions with varied doctrine, claiming that theirs is true, theirs is righteous, they claim, they are the anointed one – all these cloud and make you question your belief and even grumble your steadfast faith. While one might still try to reevaluate his stand on what they genuinely trust and believe in, Christ and Caribbean Culture(s) gives an emphasis and a better understanding not only about Christianity but also an in-depth history of Caribbean people. This book will let you determine a good read from a pristine literature where rich histories are about to be unveiled.

Christ and Caribbean Culture(s) is consist of three important parts that articulate three major concerns of the new Millennium: relevance, authenticity, and evangelization. This book does not only focus on Caribbean culture, but it also presents essays on Caribbean Christology and its Pastoral Implications allowing avid readers to immerse themselves into the idea of Christian’s reflection towards how Christianity was cultured – to flourish over time.

The first chapter of the book tackles how the new generation might have missed what they should put emphasis on, when seeking for the right path for religion namely: relevance, authenticity, and evangelization, which will work as an evangelical posture needed to the contemporary period. While the second chapter showcases Caribbean Theology and how it influenced the lives of people through Christ and its attempts to strongly support the journey of Christ as their savior in the Caribbean context. Lastly, the third chapter states a view of Christianity and how it is lived. Part of its history is the effects of Colonialism; how the evolution of its culture and its ethnic composition and dispositions that surround it. The importance of this book will determine how the new era still has the urge to preserve the true meaning of how religion had started and how it was built by the grace of God.