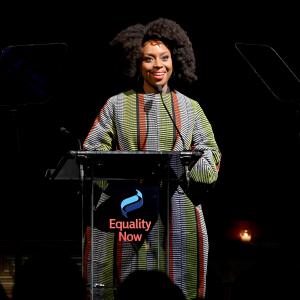 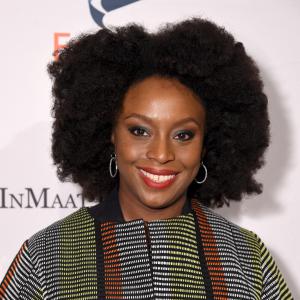 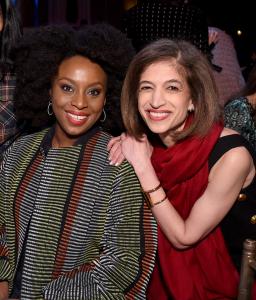 Sometimes it can feel very lonely trying to prove that sexism exists, that we haven’t achieved basic equality for women around the world. Tonight is an oomph that shows me that it truly matters.”
— Chimamanda Ngozi Adichie

Each year, Equality Now honours individuals who have made outstanding contributions to the advancement of gender equality.

Regardless of race, age, gender, or nationality Adichie persuasively argues that dismantling gender oppression through feminism is for everyone.

While accepting the honor, Adichie said in her speech at the gala: “I was a feminist long before I knew what the word meant. Not because I read books but because I observed the world around me and saw how women were treated.”

“Sometimes it can feel very lonely trying to prove that sexism exists, that we haven’t achieved basic equality for women around the world. Tonight is an oomph that shows me that it truly matters.”

“I’m going to remember this night when people tell me to shut up. I’m not going to shut the f*ck up!”

In selecting this year’s honoree, Executive Director of Equality Now, Yasmeen Hassan, cited Adichie's commitment to highlighting the diversity of the African experience and dispelling the tired Western trope of the poor African in need of rescuing.

Previous honourees have included actor and activist Jane Fonda, bestselling author of The Handmaids Tale and The Testaments, Margaret Atwood; and Jaha Dukureah, renowned anti-FGM activist and survivor. Leading feminist and noted author Gloria Steinman has also been awarded and sits on Equality Now’s advisory board.

Through her storytelling, Chimamanda Ngozi Adichie has used the power of words to elevate the injustices faced by women and girls throughout the world. Connecting with millions of readers globally, her books have been translated into over thirty languages.

Adichie's 2009 TED Talk, The Danger of A Single Story, which explores what happens when complex human beings and situations are reduced to a single stereotyped narrative, is one of the most watched TED talks of all time.

In addition, her 2012 TED Talk, We Should All Be Feminists, spurred a global conversation about feminism and was turned into a celebrated book.

Equality Now is an international human rights organization that works to protect and promote the rights of women and girls around the world by combining grassroots activism with international, regional and national legal advocacy. Our international network of lawyers, activists, and supporters achieve legal and systemic change by holding governments responsible for enacting and enforcing laws and policies that end legal inequality, sex trafficking, sexual violence, and harmful practices such as female genital mutilation and child “marriage”.