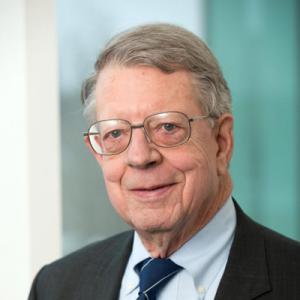 BOZEMAN, MONTANA, UNITED STATES, November 21, 2019 /EINPresswire.com/ — As the saying goes, “If you're not paying for journalism, you're paying for not having journalism.” Once upon a time, everybody looked forward to reading the newspaper. Now, all across the country, local newspapers are shuttering their doors, leaving communities without access to even the most basic information.

Franklin Schurz Jr. is the Chairman Emeritus of the Board of Schurz Communications Inc., a media holdings company that publishes the South Bend Tribune and 11 other daily papers.

“When the focus was news, that's what we conveyed,” says Schurz. “It's all about the readers and having the product reflect the community from the advertising to the editorial. They work in harmony with each other.”

Now retired, Schurz reflects on a career of sustained excellence in the publishing industry.

“We were successful by most definitions. We may have been old fashioned in our values. We went by principles that had been developed before us that we happen to agree with and held true to them.

“It's amazing what you can do when you get a lot of good people and you have a common purpose and then you just let them do what they're terrific at,” says Schurz. “I'm proud of having worked with people who I thought were at their prime. We were recognized nationally despite being a fairly small operation because our people had a free hand to exercise their excellence.

Despite sweeping technological changes in the creation, production, distribution and delivery of newspapers, Schurz still believes journalists are up to the challenge the future presents.

“Journalists are the most passionate people that there are, so I'm not giving up on them. I think there are always going to be people who are very good at it, and if they’re given a chance, their message will get out. People want to hear the truth.”