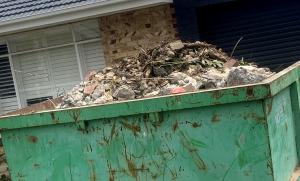 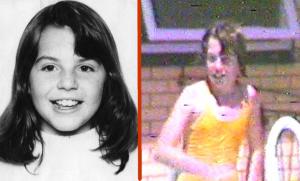 For nearly 8 years Rachel Vaughan tried to get Police to investigate under the concrete. On Saturday the new owners jack-hammered the slab and loaded a skip.

ADELAIDE, SOUTH AUSTRALIA, AUSTRALIA, November 25, 2019 /EINPresswire.com/ — On a summer night in January 1983 a 10-year-old little girl was abducted from her bedroom in a quiet suburb of Adelaide. Her disappearance led to an unprecedented search, but she was never seen again. This mystery has haunted the South Australian community ever since. In November 2013 Dieter Pfennig, who was already serving a life sentence for murdering 10-year-old Michael Black in 1989, was charged with Louise's murder. Pfennig has continued to maintain his innocence.

But a courageous woman, Rachel Vaughan, had provided an alternative story to the police sometime before that.

Rachel was also ten at the time when Louise went missing. And it was just over ten years ago that Rachel came forward to expose her father’s murderous ways. She claimed her father, Max MacIntyre, had sexually abused and tortured her as a child, and that he had held Louise Bell in a room (bunker) under their family home. There is much more to the story, but as a 10-year-old, Rachel went to a call box three times back in 1983 to try alert authorities that her father had a girl captive under the house. It came to naught. Max had powerful friends. Eventually, her father tortured and murdered Louise, burying her under concrete in their garden.

Rachel has given a detailed account to the International Tribunal for Natural Justice (ITNJ), and her testimony can be viewed here.

Rachel's two step-siblings from an earlier marriage describe Max's murderous ways too, claiming he was a 'body man'.

It was almost eight years ago, on 19 January 2012, that Rachel phoned Crimestoppers to report that when she was ten, she witnessed seeing a girl’s body — she believed to be Louise Bell — being buried in the back of their garden, and then covered over with a concrete slab.

She then informed Major Crime and SCIB of the new evidence, handing a statutory declaration to SAPOL on 20 January 2012. On 23 February 2012, Rachel wrote a letter to SCIB reiterating that “Louise Bell’s remains are interred under a slab of concrete at Macklin Street.”

On 7 July 2012, Rachel had a phone call with Major Crime Detectives at 9 pm on a Saturday night. Both detectives apparently tried very hard to convince Rachel that the girl she saw was not Louise Bell. Rachel noted that they said this several times.

How did they detectives know, emphatically, that it was not Louise Bell? Louise had "disappeared."

But more importantly, they should have done an immediate investigation (and excavation) into the possibility that another young female, that looked very much like Louise Bell, was buried under concrete in the backyard of Rachel’s childhood family home. (But Max, who was still alive at the time, had powerful friends.)

It is highly suspicious that Police were focused on trying to dissuade Rachel — and then do NOTHING. The inaction by police can be seen to strengthen’s Rachel’s case, especially as she had identified — by name — a police person whom she saw present that assisted her father bury the remains.

The images of Louise Bell in the media in 1983 were of a girl with long dark hair. But Rachel, when she had spoken to and provided statements to the police, had described a girl with shorter, more sun-bleached hair. It was only a short time after her statement to the police that new never-seen-before images were released by mainstream media of photographs of Louise Bell at a public pool with short straw-coloured hair. Rachel had described Louise exactly without having any knowledge of what Louise looked like shortly before her disappearance.

For eight years Rachel has been trying to get the police (or any authority) to investigate the Macklin Street property and excavate. Then, this last Saturday, 23 November 2019, Rachel got wind the new owners were jack-hammering up the cement. She raced the 75 kilometres north to Adelaide, to discover a loaded up skip.

The new owners know the history of their house and are aware of Rachel. So when Rachel approached them and asked if she could just go to the back and see, the owners flatly refused, saying, “we haven’t finished yet.”

After a while, Rachel and her supporters decided to leave and were climbing into the car as the police arrived. Rachel said, “The police car cut off my egress and flashed his lights to indicate he wanted to speak to me.” After a brief discussion, the policeman told her to leave and not return to the area for 24 hours.

The rubble is in the skip, and we may now never know who was buried under that concrete. Maybe they removed her body (earlier) and authorities might now miraculously find Louise Bell’s remains somewhere else — maybe down near the Onkaparinga river – to further incriminate Pfennig.

It seems the distraction and inaction with regard to Rachel’s case is not weakening, but rather strengthening her case.