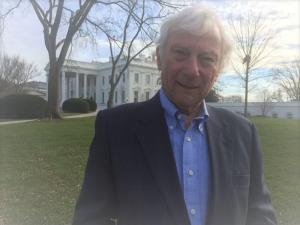 Rothstein writes with authority from 30 years in campaigns 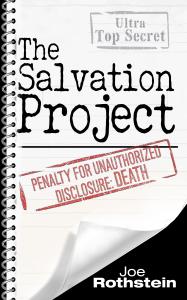 The Salvation Project is brilliant, devious and ruthless 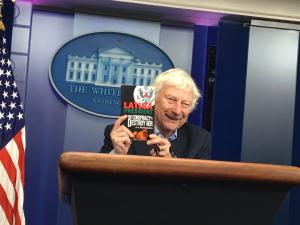 The Salvation Project evokes positive memories of great political thrillers of the past, such as Richard Condon’s The Manchurian Candidate, and Stephen King’s The Dead Zone.”
— Pacific Reviews

Rothstein’s novel, The Salvation Project, is the anticipated sequel to his first political thriller, The Latina President and The Conspiracy to Destroy Her. The widely-respected book review site Pacific Reviews says The Salvation Project evokes “positive memories of great political thrillers of the past, such as Richard Condon’s The Manchurian Candidate, and Stephen King’s The Dead Zone. Far from simply imitating those books, however,” says Pacific Reviews, “Rothstein takes high stakes political espionage to a very contemporary, credibly scary, and absolutely addictive level.”

The Salvation Project was featured by the National Press Club at the Club’s prestigious annual Book Fair in Washington, D.C. earlier this month. Rothstein’s appearance at Browseabout will mark the novel’s first major book store event in the U.S.

Rothstein writes with the authority of having spent more than three decades creating strategies, producing media and managing campaigns for many of the most powerful figures in U.S. politics and government. He has been a guest commentator on CBS-TV, NBC-TV, NPR and other major media outlets. His political opinion columns appear weekly on the web site, www.USpoliticstoday.com.

No longer active in professional campaign management, Joe Rothstein now draws on that background for his fictional thrillers.

“I’ve been involved in more high wire adventures than I can recall, and I’ve met countless people I can never forget,” says Rothstein. “Through all of those years I felt myself a cast member in a great, continuing drama. We read about the polls, the speeches, the missteps, the corruption. But it’s rare to get a sense of the every day internal drama that makes competitive elections possible. And so, I’ve chosen to repurpose many of my real-life experiences into fiction, hoping to provide some insight while producing what I also hope readers will find as compelling and entertaining stories.”

Rothstein appears to be succeeding. His first novel, The Latina President, was widely acclaimed. One reviewer wrote, “If Grisham wrote political thrillers instead of legal ones, they’d feel like this.” The Salvation Project is a sequel, designed to be read as a stand-alone experience, or as the continuing adventure of a charismatic Mexican-American heiress who becomes President of the United States.

Midwest Reviews recommends The Salvation Project with this endorsement: “Readers seeking thought-provoking political intrigue that operates on both domestic and international soils will relish the approach of The Salvation Project, which embraces elections, murder, and conspiracy at the highest levels of office and the heart.”

Rothstein's novels are available on Amazon and from other online book sellers. Hard copy publication of The Salvation Project is available through Washington, D.C.'s Politics and Prose book store.