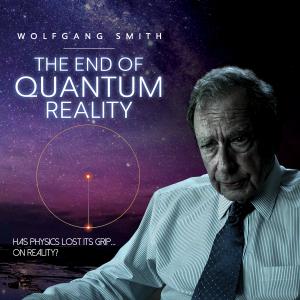 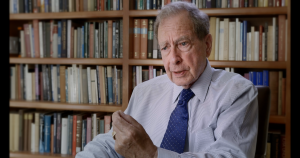 From the team behind “The Principle” (2014), “The End of Quantum Reality” is a story of science, of faith, and of love that will turn your world right-side up.

One of the best-kept secrets of science is that physicists have lost their grip on reality.”
— Frank Herbert, Author, “Quantum Reality”

LOS ANGELES, CA, UNITED STATES, January 10, 2020 /EINPresswire.com/ — Almost one hundred years ago, the project to reduce the world to quantity- to the particles and forces of classical physics- failed suddenly and completely, with the advent of quantum mechanics.

The world, we are now told, emerges spontaneously, out of “nothing,” and constitutes a “multiverse,” where “anything that can happen, will, and it will happen an infinite number of times.”

Legendary reclusive genius Wolfgang Smith demonstrates on shockingly obvious grounds the dead-end at which physics has arrived, and how we can “return, at last, to the real world.”

“The End of Quantum Reality” introduces this extraordinary man to a contemporary audience which has, perhaps, never encountered a true philos-sophia, one as intimately at ease with the rigors of quantum physics as with the greatest schools of human wisdom.

From the creative team behind the ultra- controversial cosmology documentary “The Principle” (2014), “The End of Quantum Reality” is a story of science, of faith, and of love that will turn your world right-side up. Presented by the Philos-Sophia Initiative, the film is produced/written by Richard DeLano for Philos-Sophia and Directed/Co-Produced by Katheryne KTEE Thomas for In Ohm Entertainment.

“Wolfgang Smith broaches a vast range of subjects with a mastery that bespeaks an immense culture… It would be hard to exaggerate the importance of [his] work.” — Jean Borella, Professor of Philosophy, University of Nancy, France

“Here is that rare person who is equally at home with Eckhart and Einstein, Heraclitus and Heisenberg!” — Harry Oldmeadow, Professor of Philosophy, La Trobe University, Australia

“Wolfgang Smith is as important a thinker as our times boast.” — Huston Smith, Professor of Philosophy, M.I.T., and author of The World’s Religions

Wolfgang Smith graduated from Cornell University at the age of eighteen with majors in physics, philosophy, and mathematics. He received his master's degree in theoretical physics from Purdue University and was subsequently employed at Bell Aircraft Corporation as an aerodynamicist. His pioneering work on the effect of diffusion fields, published during that period, presented a theoretical solution to the re-entry problem for space flight. After taking his Ph.D. in mathematics from Columbia University, Smith held faculty positions at M.I.T., U.C.L.A., and Oregon State University. He is well known in traditionalist circles through his books, which include Cosmos and Transcendence, The Wisdom of Ancient Cosmology, and The Quantum Enigma: Finding the Hidden Key. As a scientist attracted since his youth to the great metaphysical schools, his thought represents a unique encounter between contemporary science and traditional philosophy.

“The End Of Quantum Reality” Trailer