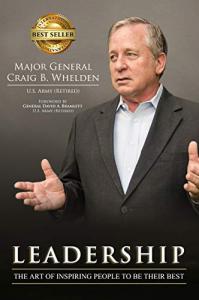 “Integrity is doing the right thing, even when no one is watching.” – C.S. Lewis

A recently-discovered cheating scandal uncovered the Houston Astros filming opposing catcher signals in order to relay the kind of pitch to be thrown, then conveying them to the Astros dugout. Once there, someone would bang on a drum in such a way that the hitter would know what kind of pitch was about to be thrown.

Caught up in the Astros “signal-gate” was Alex Cora, the celebrated manager of the Boston Red Sox. He was the Astros Bench Coach when this ugly episode happened and was fired this week.

Why does this happen?

Because there’s a “win-at-all-costs” attitude in professional sports, just as there is in life. For many it’s worth it. The human conscience is a malleable character trait that is too often bested by temptation. Career criminals demonstrate that cheating is all too common in our society and warrants the repeated risks.

Former fighter pilot and author of the NYT Best-seller, “Never Fly Solo” Waldo Waldman says “It’s better to lose with full integrity than win with none.”

I’m with Waldo. Who are you with?

Major General Craig Whelden, U.S. Army (Retired) served 30 years in an Army uniform followed by another nine as a member of the Senior Executive Service for the Marine Corps. He is a motivational speaker on leadership and life lessons and is the author of the multiple award-winning, #1 international best-selling book, LEADERSHIP: The Art of Inspiring People to Be Their Best.