Dust Jacket and Cover for Toto’s Tale, a Limited Edition 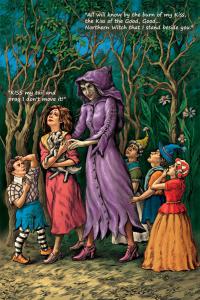 The Good Good Witch…Or Is She? 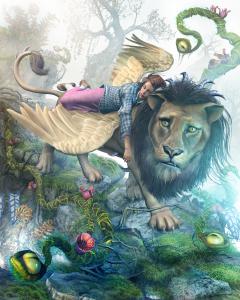 Toto's Tale begins after Dorothy awakens (MGM – 1939 – The Wizard of Oz). Having Been There & Done That – Toto Speaks out. This is what really happened in Oz!

In Memory of L. Frank Baum… Most of us leave our mark as little more than scant ripples on Life's Oceans of Time. Others, however, make waves that carry on and outward to Time's farthest shores.”
— Peeky ( AKA Bob Moyer)

TAMPA, FL, UNITED STATES, January 30, 2020 /EINPresswire.com/ — THE WIZARD WAS ODD TRILOGY – Read on to get your ebook edition for 50 cents (an 80% discount) with the coupon code that follows!

Alongside Toto, you will ride in the front seat of a thrilling and emotional roller coaster throughout the magical Land of Oz…and beyond. This Wizard of Oz takeoff is a multidimensional plot-twister that includes an updated original cast and a host of other wondrous quirky social misfits. This complex and intriguing parody has as much tongue-in-cheek humor as it does original content, adventure, mystery, fantasy, and romance.

First published in the year 1900, electrical lighting, indoor plumbing, and automobile ownership were not widespread. There were less than 8000 cars on the road and no more than ten miles of paved roads. “Technology" was a train that could travel in six days that a covered wagon would take six months.

"Technology" means medical miracles, lasers, drones, stealth bombers, satellite surveillance, space station, cyber warfare, and quantum computers. Incredible graphics in games like Minecraft and Fortnight and in films like Harry Potter, and Star Wars, have raised the bar. Today's fantasy lovers expect "fantastic" and it takes "awesome" in books and films to meet those expectations. The Wizard Was Odd trilogy has that kind of universal appeal. The glorious Lands of Western Oz, with elements of fantasy, steampunk, and science fiction coupled with its bizarre inhabitants, and their extreme subcultures will draw today’s fantasy readers and game-minded fans into an Oziian world unlike any other.

THIS IS NOT A CHILDREN'S BOOK. IF YOU ENJOYED THE HARRY POTTER SERIES, THIS IS FOR YOU!

For a limited time, IN EXCHANGE FOR YOUR BRIEF REVIEW UPON COMPLETION, Toto's Tale is available for FREE. At checkout using the following coupon code, winterthrills will reduce the current $2.99 list price to $0.50, an 80% discount.