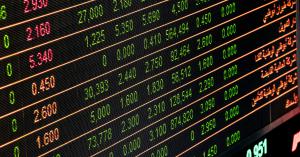 The US economy is looking up after December's factory orders increased.

MIAMI, FL, USA, February 5, 2020 /EINPresswire.com/ — Yesterday‚Äôs December Factory Orders increased by 1.8% after a November decline of 1.2%, which is the best value since last March. Yesterday, economic adviser to US President Larry Kudlow spoke on the situation with China. He noted that the spread of coronavirus could delay export growth, which was supposed to start after the first phase of the US-China trade deal. However, Kudlow is confident that the overall impact of the epidemic on the global economy will be minimal.

Today, investors are waiting for January ISM Non-manufacturing PMI, which may remain the same level of 55.0 points, as well as ADP Nonfarm Payrolls. It is expected to decrease from 202K to 156K, which may put pressure on USD. USD is strengthening against EUR and JPY but weakening against GBP.

Readers may also be interested in ABSNews's Special Report: "How to Protect and Discover Bad Investments in Client Portfolios".

European shares on Wednesday jumped more than 1% after media reports of significant breakthroughs in treating people affected with the new coronavirus, with a slate of upbeat earnings reports also lifting the mood.

Gold prices steadied after touching their lowest in two weeks on Wednesday, as reports of drug breakthroughs in treating the coronavirus lifted European shares and dented some of bullion‚Äôs safe haven appeal.

Oil prices jumped by more than 3% on Wednesday on media reports that scientists have developed an drug against the fast-spreading coronavirus that continued to weigh heavily on global economic activity.

U.S.: The U.S. Treasuries continued to suffer losses during Wednesday‚Äôs afternoon session ahead of the country‚Äôs ADP non-farm employment for the month of January, scheduled to be released today by 18:45GMT, besides, the ISM non-manufacturing PMI for the similar period, also due later today. The yield on the benchmark 10-year Treasury yield jumped 3-1/2 basis points to 1.635 percent, the super-long 30-year bond yield surged 3 basis points to 2.109 percent and the yield on the short-term 2-year gained 2 basis points to trade at 1.435 percent.