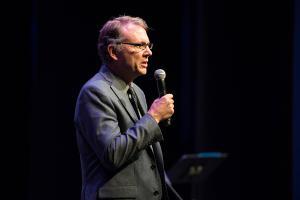 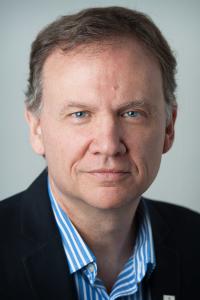 The American University of Rome

The American University of Rome named Dr. Scott Sprenger its new President, succeeding Dr. Richard Hodges, who is retiring after more than a decade in position.

Throughout his career, Dr. Sprenger has focused on improving the student experience, advancing faculty research, and aligning the liberal arts with global career opportunities. Under his leadership at Weber State University, the college created new programs in translation and localization, supported international study abroad and internships, and fostered enrollment growth through the integration of the liberal arts and new technologies in the fields of design, film and digital media, and sound production. At The American University of Paris, Dr. Sprenger was instrumental in the opening of three new interdisciplinary research centers, while at Brigham Young University his work aligning the humanities and global careers, called Humanities+, was acclaimed by Inside Higher Ed and by the American Academy of Arts and Sciences as one of the most innovative initiatives in the liberal arts in the United States.

In selecting Dr. Sprenger, AUR undertook an extensive international search through a committee, chaired by trustee emeritus Robert Krapf, that included a broad representation of the university’s board of trustees, esteemed faculty, and alumni, assisted by an external advisor specializing in global searches.

“The Presidential Search Committee sought a proven academic leader and strategic thinker with a history of excellence in international education, who would lead AUR and continue to strengthen the University,” said Neil Boyden Tanner, Acting Chair of the Board of Trustees. “While we were impressed by the many fine applicants from around the world, Dr. Sprenger had the demonstrated track record as an innovative, strategic leader, with the energy and vision that uniquely qualified him to lead us beyond our 50th anniversary, which was celebrated this year.”

"While it will be difficult to leave my current position in Utah, I am thrilled that AUR's board of trustees has honored me with the responsibility to lead one of the most progressive English-speaking liberal arts universities in Europe – and the oldest American university in Rome. I have always advocated for the life and career-enhancing benefits of international higher education, and it is my fervent belief that all students who desire a truly inspirational, multicultural learning experience should have that opportunity – and where better than in Rome?

"I know that I follow in the footsteps of an inspired leader, Richard Hodges, who established at AUR a firm foundation of academic excellence and innovative programs. I will continue to focus on improving both curriculum and the student experience and on ensuring that AUR continues to broaden the learning experience beyond its campus into the city of Rome and beyond.

"As The American University of Rome celebrates its 50th anniversary it passes into a new era. The world has changed and is changing ever more rapidly – educationally, politically, socially, and culturally. Our job is to prepare our students to understand, succeed in, and help shape this new world and I am proud to lead an institution dedicated to doing that."

Receiving his advanced degrees at The Johns Hopkins University and Emory University, Dr. Sprenger is the author of over 40 peer-reviewed articles, essays, and edited volumes. He was also the recipient of a Fulbright Scholar Award from France’s National Center for Scientific Research and has held an Andrew W. Mellon Postdoctoral Fellowship at UCLA. His areas of writing and research are modern European literature and culture and current challenges in the world of higher education.

Dr. Sprenger and his wife Anca have one daughter, Anna-Marie, who is currently a PhD student in Linguistics at the University of Chicago. They also have a 12-year-old Beagle named Barney, who will accompany them on their move to Rome.