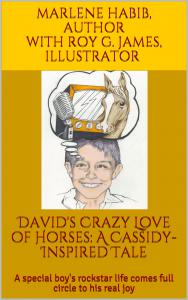 The Kindle version of “David’s Crazy Love of Horses: A Cassidy-Inspired Tale” is available on Amazon worldwide for $8.99 US starting April 12 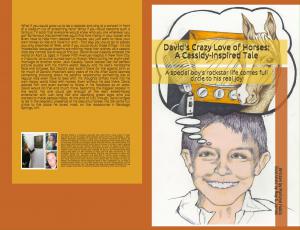 The paperback version of “David’s Crazy Love of Horses: A Cassidy-Inspired Tale” is available on Amazon ($13.99) on April 12, 2020, and is a book that gets real with kids about situations in life that everyone faces. 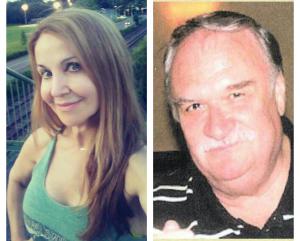 This book is for the millions of fans who love David, and for those who may not even know him, including today's kids, and even their kids, so they'll learn about and remember his remarkable life.”
— Marlene Habib, David's Crazy Love of Horses: A Cassidy-Inspired Tale

TORONTO, ON, CA, March 21, 2020 /EINPresswire.com/ — Partridge Family star David Cassidy was the biggest entertainer in the world in the early 1970s, and now a new kids' book inspired by the late music-acting-horse racing icon is set for release on what would have been his 70th birthday on April 12, 2020, with the aim of attracting a new generation of fans.

(Preorders of the book on Kindle ($8.99 US) are available on Amazon worldwide, with both Kindle and softcover books ($13.99 each) available for purchase on April 12.)

"David's Crazy Love of Horses: A Cassidy-Inspired Tale" is Ms. Habib's followup to "David Cassidy: Crazy Over You in Saratoga," a thoroughly researched book about his love of and history with horses and racing, written and published in 2018 just a few months after he passed away in Fort Lauderdale, Fla., on Nov. 21, 2017. Proceeds go to the Alzheimer's Research and Prevention Foundation, a charity Mr. Cassidy supported.

The cover of the 60-page "David's Crazy Love of Horses: A Cassidy-Inspired Tale" features an illustration of a young David with a horse, microphone and TV in a bubble over his head – reflecting Mr. Cassidy's real thoughts on his three loves from childhood.

"Since David sadly passed away, legions of fans worldwide have honoured him, but I still feared that David and what he meant to the world would one day be forgotten," says Ms. Habib. "This book is for the millions of fans who love David, and for those who may not even know him, including today's kids, and even their kids, so they'll learn about and remember his remarkable life."

The book, aimed at kids ages 7-13 but to be enjoyed by all ages, follows the life of a little boy born in New York City to celebrity parents, and how he made his dreams more than just wishes, becoming the biggest musician in the world while staying true to his love of horses and horse racing. The emotional last chapter includes how David's life came full circle, from growing up loving horses as a way to deal with his loneliness, to moving to Florida and his cherished home Casa de Mayan, and ending up at peace in his favourite city, Saratoga Springs, N.Y., where he raised and raced horses.

It's written to not dumb-down to kids, meaning it doesn't attempt to mask the real-life situations we all face in life – situations Mr. Cassidy grew up with.

"It's a book that touches on family issues, personal struggles and joys, and uplifting times and heartache like all of us go through but can be overcome," says Ms. Habib. "Because David was such a big star, sometimes people forgot that he was human like all of us – this book makes sure to bring out the humanity in this superstar that he strived to have recognized, but does it in a way that children can relate to."

The emotionally charged description of the book reads, in part: "What if you could grow up to be a rockstar and sing at a concert in front of a stadium full of screaming fans? What if you could become such a famous TV actor that everyone would know who you are wherever you go? So famous that sometimes you’d find fans hiding in your closet, and even have to hide under a blanket from people! Or maybe, you just want to have your own horses to ride and have fun with – that way you could go to places you only dreamed of. Well, what if you could do all those things – it's not impossible, because dreams are nothing more than wishes, as a special little boy named David would find out. David Bruce Cassidy entered the world on April 12, 1950, in Flower Fifth Avenue Hospital in New York City, a 7-pound, 15-ounce bundle born to Evelyn Ward during her eight-year marriage to another actor, Jack Cassidy. David looked like the perfect picture puzzle combining his mom’s exotic beauty and his dad’s handsome face and dimples. But David’s dad wasn’t there for the special birth because he was working in another country. He also wasn’t there for much of David’s important early years of his life. After David learned something shocking about his parents' relationship, something lots of regular kids even have to deal with, his thoughts drifted more into his own happy world filled with horses…."

NOTE: Books mentioned in this press release as well as photos and illustrations are strictly copyrighted, but can be duplicated for media purposes.