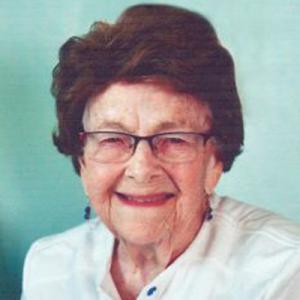 BETHLEHEM, PENNSYLVANIA, UNITED STATES, March 24, 2020 /EINPresswire.com/ — Unimaginable as it may seem, approximately six million Jews were methodically murdered by Nazi Germans, under the direction of Adolf Hitler during World War II, either in gas chambers or mass shootings. Many died from starvation and terrible illnesses. The carnage and brutality is absolutely horrifying to recall so why is it vital that we always remember that it happened? Why is it absolutely critical to continue to educate young people of these deeply disturbing historical events and ensure that the Holocaust is never forgotten?

Alice L. Eckardt is Professor Emerita, Lehigh University, Bethlehem, PA, where she taught in the Religion Studies Department and the co-author of three books with her husband, Roy Eckardt, Long Night’s Journey Into Day: Life And Faith After the Holocaust (1982), Long Night’s Journey Into Day: A Revised Retrospective on the Holocaust (1988),and Encounter with Israel: A Challenge to Conscience (1970) She also edited and contributed to Jerusalem: City of the Ages (1978) and Burning Memory: Times of Testing and Reconciliation (1993). More than 200 published articles focused on these same topics and their related issues.

“We must honor and commemorate all the innocent lives lost and we must remember it to remind each other of what hatred does to our world,” says Alice. “So it doesn’t happen again, so we learn from the terrible things we did in the past when such violence and oppression was perpetrated and suffered, and it’s frightening how hatred is still widespread and still proliferating today.” Until mid-1987 when she retired as professor emerita.

As a student at Oberlin College during World War II, Alice learned from refugee European professors and contemporary reporting about much of the Third Reich’s brutal actions although their full scale was not fully revealed until the war’s end. This inspired her to earn and then educate others about what in the history of Christian-Jewish relations could help to enable such actions, and to help revise the underlying theology which supported them. She earned a Master of Arts degree from Lehigh University in 1966 and taught in the Religion Studies and History departments of that University from 1972.

Alice was also co-founder and co-director of the University’s Jewish study program from 1976 to 1985 and was awarded an honorary doctorate from 1992. Eckardt was appointed as a special consultant to the President’s Commission on the Holocaust in 1979 by its chair Elie Wiesel, Holocaust survivor, author, author, and political activist. His short but powerful autobiography Night was essential reading in her course on the Holocaust, and she was particularly proud at having the opportunity to work with him as the Commission set about creating the United States Holocaust Memorial Museum in Washington, D.C.

“We continue to live in such fragmented societies, political unrest, and racial hatred still widespread and anti-Semitism is alarmingly on the rise,” says Alice. “There is a staggering rise of anti-Semitic attacks and right-wing politics are on the rise in so many parts of the world including Europe where the worst has already happened. How can we not expect another occurrence if don’t continue to publicize the Holocaust and keep it from ever happening again.”

By visiting historic sites and museums and reading first-hand accounts and biographies Alice says we can keep young people emotionally and socially aware and promote tolerance of one another so they can become compassionate future leaders.

From 1985 to 2015, Alice served on the national advisory council of the Scholars Conference on the Holocaust and the German Church Struggle. Between 1963 to 2019 she produced about 214 published articles and public lectures. She received the Human relations Award from the American Jewish Committee, the Eternal Flame Award by the Anne Frank Institute, and the Righteous Person Award by Temple Beth EI in 1997.

“Strive to be understanding of people who don’t think the way you do but never tolerate hatred or prejudice,” says Alice. “Do your best to create a close knit community wherever you live that is open to people of all races, nationalities, and different faiths, and recognize that we are all human beings and deserve a place in the world and don’t deserve to be treated with contempt or hatred or we will destroy the world.”

In the words of Elie Wiesel, "To forget would be not only dangerous but offensive; to forget the dead would be akin to killing them a second time."

Close Up Radio will feature Alice L. Eckardt in an interview with Jim Masters on March 25th at 11 a.m. EST