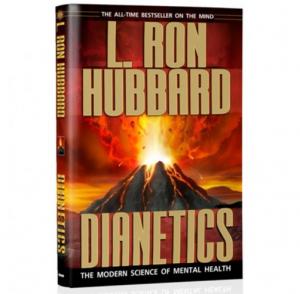 Dianetics: The Modern Science of Mental Health first rolled off the presses this month, 70 years ago, on May 9, 1950. Today is available in 50 languages. 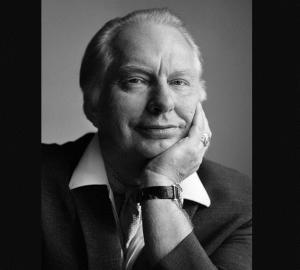 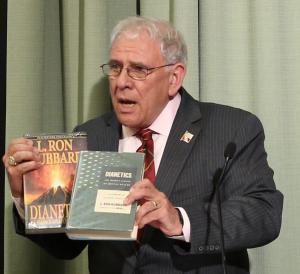 Chairman and historian of the L. Ron Hubbard Foundation Mr. Bill Runyon holds up an original copy of Dianetics: The Modern Science of Mental Health from 1950, along with the more familiar – and more colorful – current edition. 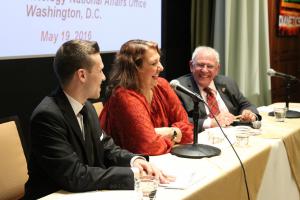 Except for 2020, due to COVID-19 restrictions, Churches of Scientology around the world hold annual events in May to celebrate “Dianetics Day” and share the life changing results achieved every year with this modern mental health technology.

The Modern Science of Mental Health couldn't be more timely for its ability to restore confidence and a positive outlook on life.

WASHINGTON , DC, USA, May 21, 2020 /EINPresswire.com/ — As the world grows restless from weeks of quarantine, and we redefine life through the haze of what a “new normal” might mean, all is in flux and much seems out of control—from jobs lost to our worst health fears realized from COVID-19.

But while there are many things beyond one’s control, one thing isn’t: your own mental health. That’s what Dianetics announced to the world in 1950 and has continued proving to its readers each day since.

Dianetics: The Modern Science of Mental Health rolled off the presses this month, 70 years ago, on May 9, 1950. More than 50,000 copies sold off the shelves immediately and the book soared onto the New York Times bestseller list, where it remained for 26 consecutive weeks. Publishers Weekly described Dianetics as “perhaps the best-selling non-Christian book of all time in the West” and awarded it the prestigious Century Award for appearing more than 100 weeks on its bestseller list.

L. Ron Hubbard discovered the single source of nightmares, unreasonable fears, upsets, insecurities and psychosomatic illness—the reactive mind—and in Dianetics, described it in detail, laying out a simple, practical, easily taught technology to overcome it and reach the state of Clear. Dianetics is that technology, rendering to the average person a method of effectively helping himself and others. Derived from the Greek dia, meaning “through” and nous, “mind or soul,” the word Dianetics means “what the mind (or soul) is doing to the body.”

“You are beginning an adventure,” wrote L. Ron Hubbard in the opening pages of the book. “Treat it as an adventure. And may you never be the same again.”

Embracing that adventure, some 750 Dianetics groups sprang up across the United States the year the book was published. Using no more than the techniques described in Dianetics, its readers teamed up to help one another overcome and eradicate their reactive minds.

Within weeks of the book’s initial publication, Mr. Hubbard was traveling coast to coast, lecturing to tens of thousands of new readers on his discoveries and their application. He summarized those discoveries in his essay, “Dianetics: An Introduction,” now available as a film on Scientology.tv. The film illustrates how painful experiences of the past can affect one today and conversely, how, by understanding the mechanisms of the mind, one can regain the confidence and positive outlook one needs to tackle the challenges facing us all.

Now available in 50 languages, the demand for Dianetics: The Modern Science of Mental Health continues unabated, with more than 22 million copies sold in 176 countries.

How to Use Dianetics, a set of 32 films available in 17 languages, provides more than four hours of visual instruction in Dianetics principles and procedures. Both the film and the book can be purchased at Dianetics.org.

Recognizing the profound impact of Dianetics, and the Scientology religion which developed from its discoveries, Smithsonian Magazine named L. Ron Hubbard among the 100 greatest Americans of all time.

With over 250 million copies of his works in circulation, L. Ron Hubbard has inspired a movement millions strong and spanning six continents. That movement began with Dianetics.

“The history of Dianetics would be the history of a voyage of discovery,” wrote Mr. Hubbard, “of an exploration into new and nearly uncharted realms, Terra Incognita, the Human Mind, a land which lies an inch behind your forehead.”

The Scientology religion was founded by author and philosopher L. Ron Hubbard. The religion has expanded to more than 11,000 Churches, Missions and affiliated groups, with millions of members in 167 countries.

To answer the overwhelming interest about the Scientology religion, the Church launched its own satellite TV channel, Scientology Network, on DIRECTV Channel 320, which also live streams at Scientology.tv as well as on multiple platforms in 17 languages across 24 time zones.

Churches of Scientology around the world hold annual events each May to mark the first publication of the book as “Dianetics Day”. Due to the COVID-19 these were not held this year, but they will be back when it is safe to do so.