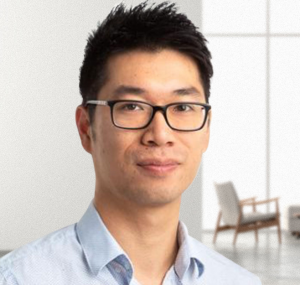 In a recent interview, Kevin Su shared helpful insights he has learned throughout his career as a mechanical engineer and product designer

VANCOUVER, BRITISH COLUMBIA , CANADA, June 25, 2020 /EINPresswire.com/ — Kevin Su was recently featured in an interview with Thrive Global. He shared helpful habits and advice for building up a successful career.

With eight years of technical and project experience focused in the building systems sector, Kevin Su is a mechanical engineer and product designer from Vancouver. He holds a Bachelor of Applied Science from the University of British Columbia as well as a diploma in Architectural and Building Technology from the British Columbia Institute of Technology.

In his interview, he shared how focusing on the bigger picture rather than zeroing in on small details of every project has had a positive impact on his life as well as his career.

Further, he shared that recent graduates should accept hearing “no” and should focus on the steps it takes to get them where they want to be.

“You are going to fail a lot,” said Kevin Su.

“But every failure is another lesson learned for what to do the next time. Eventually you are going to get something that has benefits. It may not be the one big thing you are looking for, but it will be something that you can use to propel yourself to the next one. Accept every failure as a steppingstone. There is no point in looking back after one failure and moping about because of it. You’re not going to move ahead in business or life if that way.”

Kevin Su is a mechanical engineer and designer with eight years of technical and project experience focused in the building systems sector. He holds a Bachelor of Applied Science in Engineering Physics and a diploma in Architectural and Building Technology from the British Columbia Institute of Technology. He also holds a Simplilearn PMP certification. Throughout his career, he has held positions as a mechanical engineer, product designer, and project engineer and has become skilled with AutoCAD, ANSYS, Inventor, and Solidworks.