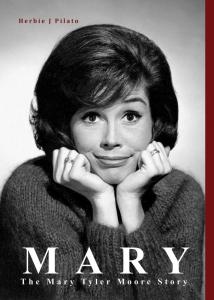 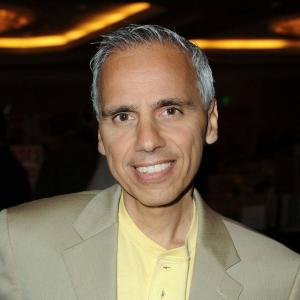 Herbie J Pilato is the author of several books about classic television, including Twitch Upon a Star: The Bewitched Life and Career of Elizabeth Montgomery

For anyone who's been waiting for a definitive look at the life and career of Mary Tyler Moore, the wait is over. MARY: THE MARY TYLER MOORE STORY is filled with revelations and delivers the goods.”
— Ed Gross, CloserWeekly.com

On September 19, 2020, the iconic MTM comedy celebrates its 50th Anniversary.

“It was a remarkable series that starred a remarkable person,” says Pilato, host of the classic TV talk show, "Then Again with Herbie J Pilato" (now streaming on Amazon Prime and Amazon Prime UK). “It debuted at the onset of the Women’s Liberation movement, and went on to change the face of television comedy forever.”

Pilato’s book profiles the actress behind that face, chronicling Moore’s personal and professional challenges and triumphs before, during and after her two historic sitcoms, and the countless other TV productions, feature films, stage plays, live events, and personal appearances that she made through the decades.

“When you’re in the public eye of any arena,” Pilato says, “…be it entertainment, politics, whatever, there is a tremendous responsibility to do and say the right thing. And Mary rose to the occasion, even in her darkest hours.”

Pilato says, Moore, who died January 25th, 2017, “…was as honest as she could be in public and in private. She did the best she could in communicating her truest thoughts. She had integrity, and she had flaws — several of them. But she combined those opposing aspects of herself and became a consummate performer, while advocating for various humanitarian and social causes in the process. And she was the first to admit her imperfections, which only added to her appeal and charm.”

Even when she was sometimes not liked by her peers or her friends.

“No doubt she was a complicated person,” says Pilato. “And she certainly was no Mary Richards,” the sweet-as-American-pie character Moore played on "The Mary Tyler Moore Show." “Even she admitted that. But she was true to herself – and loyal to her devoted fans. No matter how bad a day she had, and she had many bad days.” But Moore was “always a trouper,” as when, for example, anyone would approach for an autograph. “She was charmed by the millions of people who appreciated her many talents – and her humanity.”

A gifted actress, dancer, singer, and unwavering philanthropist, Mary was an especially dedicated advocate for animals, and those stricken with diabetes (from which she suffered). For years, she was spokesperson for the Juvenile Diabetes Foundation, while carefully navigating her career, and establishing herself as one of the most successful and driven individuals in the entertainment industry. “She was one hell of a human being, but she was also one tough cookie,” says Pilato. “And I made every effort to explore every facet of her up-and-down life and career in MARY: THE MARY TYLER MOORE STORY.”

How does MARY: THE MARY TYLER MOORE STORY different from any previous book about or by the iconic performer?

MARY: THE MARY TYLER MOORE STORY explores like no other publication before her struggles with alcoholism, diabetes, plastic surgery, childhood sexual abuse; her near-obsessive love for animals; her troubled personal relationships with her parents, and her first husband, Richard Meeker; the tragic deaths of her son, her brother, and her sister; her complex relationships with second husband and business partner TV executive Grant Tinker, co-stars Rose Marie (from "The Dick Van Dyke Show") and Valerie Harper ("The Mary Tyler Moore Show"); and playwright Neil Simon, as well as her professional failures on Broadway, the big screen, and television. The book also addresses Moore’s devoted relationship to her third and last husband Dr. Robert Levine, who was 15 years her junior. “Mary adored him,” Pilato says, “…and he adored her. They were devoted to one another and, in the end, Mary finally found true, long-lasting love.”

MARY: THE MARY TYLER MOORE STORY features all-new commentary culled from exclusive interviews with several of her co-stars over the years including "Mary Tyler Moore Show" actors Ed Asner, Gavin MacLeod, Joyce Bulifant; as well as Larry Mathews (little Ritchie Petrie on "The Dick Van Dyke Show"), Carol Channing (Moore’s co-star from the 1967 movie "Thoroughly Modern Millie"), Stanley Livingston (a co-star from Moore’s first movie "X-15" in 1960), actress Karen Sharpe Kramer (Moore’s co-star on several early TV-appearances), as well as other insiders like Matthew Asner (son of Ed Asner), who grew up on the set of "The Mary Tyler Moore Show" and went on to co-produce and co-direct the DVD release and it’s included documentary of that series.

Rare recollections are also provided by renown television journalist Betty Rollin, who overcame breast cancer (and who Moore portrayed in the ground-breaking 1978 TV-biopic, "First You Cry" (based on Rollin’s best-selling memoir of the same name); writer/producers who worked with Moore on numerous of her television productions over the years including Treva Silverman, Sam Bobrick, Arnold Kogen, and Bill Persky, the latter of whom became one of Moore’s closest friends.

Who was Moore’s competition to play Laura on "The Dick Van Dyke Show"?

Why did Moore become such an integral part of "The Dick Van Dyke Show’s" success?

Which actress felt slighted by Moore on "The Mary Tyler Moore Show"?

Why did Moore continue to have plastic surgery?

What drove her desire to be a star?

Who became one of her closest female friends?

Why didn’t she have more close friends of any gender?

Why didn’t she have more children?

Why did director Robert Redford cast Moore in her Oscar-nominated performance in the 1980 feature film "Ordinary People"?

The answers to these questions and more are revealed in MARY: THE MARY TYLER MOORE STORY (Jacobs Brown Press) by Herbie J Pilato.