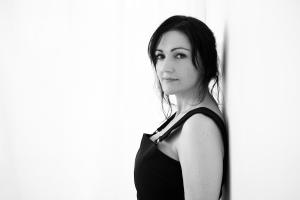 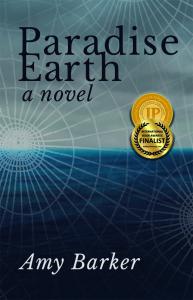 In a year of collective trauma—horrific bushfires and COVID-19— Amy Barker’s Paradise Earth is honoured as a finalist in the 2020 International Book Awards.

1996 was the year her faith was fossilised, like an insect caught in the blood flow of a giant swamp gum, dead and trapped forever in amber.”
— Amy Barker, Paradise Earth

PARNDANA, SOUTH AUSTRALIA, AUSTRALIA, July 28, 2020 /EINPresswire.com/ — In a year marked by the collective trauma of Australia’s horrific bushfire season and the current Coronavirus pandemic, Paradise Earth by Amy Barker is honoured as a finalist in the literary fiction category of the 2020 International Book Awards.

Set across the beautiful and rugged coastline of Australia’s Tasman Peninsula, and approaching the 25th anniversary of the Port Arthur massacre, Paradise Earth’s uncontained wilderness propels its characters beyond a traumatic past towards a meaningful future.

An award-winning novelist, Barker plumbed Paradise Earth for over a decade returning time and again to an island’s struggle to find purpose in the wake of Australia’s worst post-colonial mass murder. Paradise Earth became an examination of how a community’s disconnection could outlast the effects of individual psychological trauma.

In a masterful study of survival and recovery in distressing times, such as those we are now facing, ‘Paradise Earth explores how people work through collective trauma, including the subsequent complexities of damaged relationships and routines that define life and communities for generations,’ Barker says.

‘The burden that our private and collective memory is called upon to bear, though already so heavy, must not be set down. To forget the Port Arthur massacre would be a travesty to all of those who died, were injured or directly affected.’

Barker is uniquely poised to write about the terrible events from Port Arthur 1996. While not at Port Arthur itself on the day of the massacre, she spent her formative years on Tasman Peninsula, in close association with both victims and members of the gunman’s family. Paradise Earth became a journey to find words that commemorate an unspeakable tragedy.

‘Being honoured as a finalist in the literary fiction category of the 2020 International Book Awards is important recognition for literature that explores serious and tragic topics. It’s important to explore life’s textures in the wake of Australia’s horrific bushfire season and the current Coronavirus pandemic,’ she concludes.