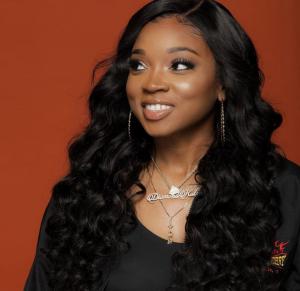 We are continuing our September series of Wahida Clark’s Street Lit House Party and DJ Diamond Kuts is bringing the vibes for this month’s Musical Mental Therapy!

Last month, we were joined by legends: Kwame, Grandmaster Caz, Large Professor, MC Lyte and Easy Mo Bee to celebrate the birthday of Hip-Hop along with the classic legends that pioneered the genre. The parties were next level and we are ready to do it all over again!

This month, Wahida Clark’s Street Lit series is bringing you DJ Aktive, DJ Diamond Kuts, DJ Jazzy Jeff, DJ Mos and more! They will be spinning up good vibes for all hip-hop and music lovers!

In these trying times, many of us are turning to music for a much needed mind break. What’s better than a good old-fashioned Virtual House Party for some Musical Mental Therapy with a dose of Street Literature?

Episode 1 of Wahida Clark’s Street Lit House Party premiered in May with "Monologue Theater with Wahida Clark”. Kim Coles hosted the virtual event featuring the legendary Bill Duke with re-enactments from the Thugs and the Women Who Love Them book series.

We invite you all to come destress with us and indulge in a little Musical Mental Therapy every week! You'll never know which DJ will rock the house and groove with us! Tune in Monday's from 8 pm to 10 pm on Instagram, Twitch and YouTube Live with Wahida Clark!

●Stay tuned for more announcements and events including Monologue Theater Part 2.
●Drop in on Wahida Clark’s page on Monday’s from 8 pm to 10 pm and get “Street Lit."
●Check out the SWAG R-rated cartoon series on YouTube. Comment. Like. Share.
●Wahida Clark’s Thug series is available at wclarkpublishing.com and wherever books are sold.