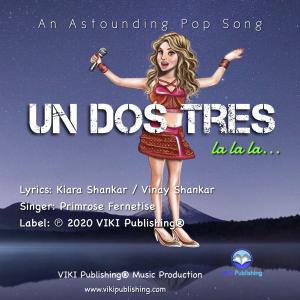 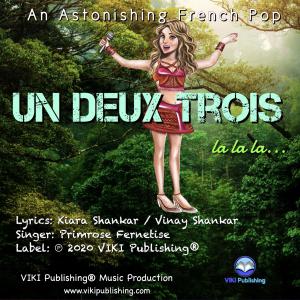 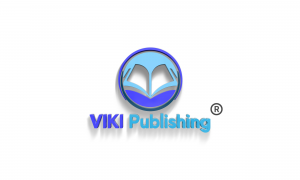 An astounding pop single by debut singer Primrose Fernetise and twelve-year-old talented songwriter Kiara Shankar that will take your breath away!

The work of twelve-year-old Kiara Shankar is an inspiration to other young talented kids out there!”
— VIKI Publishing®

SAN FRANCISCO, CALIFORNIA, USA, September 16, 2020 /EINPresswire.com/ — One of the most promising musical artists, Primrose Fernetise, is set to make a name for herself in the music scene with the amazing lyricism by Kiara Shankar. The talented artists present their newest single, “Un Dos Tres La La La.” The pop track delivers an atmospheric production with feel-good instrumentation and uplifting vocals. The emotion-drenched vocal adorns the instrumental that shines and sparkles at every turn. “Un Dos Tres La La La” will capture anyone from the first note and leave people wanting more. The single will take listeners on a musical journey filled with groove and reminiscing memories. Primrose Fernetise’s “Un Dos Tres La La La" is a must-listen-to single as she is set to release more captivating music in 2020.

Primrose Fernetise has released the same single in French version as well. The French version of the single "Un Deux Trios La La La" is even more astonishing to listen.

The release is through VIKI Publishing®, a collective that brings ideas to life through children's books, games, music, brand, and other facets of entertainment.

She is a rising star who is aspiring to take the world by storm with her euphonious voice. Listen to Primrose's pop singles on Apple iTunes, Spotify, Tidal, JioSaavn, Google Play Music, Amazon Music, Pandora, TikTok, Youtube Red, and more music streaming platforms.

About Kiara Shankar
—————————-
Kiara Shankar is an emerging artist, children’s book author, and songwriter originating from California. The young talented artist is quickly making waves in the scene with her talented writing abilities. The middle schooler radiates emotions through her words, like no one at that age can. A book author, her debut fiction Primrose’s Curse: A Fairytale of an Audacious Girl (published when she was eleven-year-old) was published in 10 different languages including English, Spanish, Traditional/Simplified Chinese, Hindi, Kannada, Gujarati, Bengali, and more.

Click here to check out Kiara's books on amazon.com.

Kiara is currently working on Primrose’s Destiny, a sequel of Primrose’s Curse fiction book, and two more picture books, SpotZ The Frenchie®: He's been a naughty puppy and Avocado The Turtle. All three upcoming books of Kiara Shankar are planned for release in early 2021.

Moreover, Kiara's poem "A Deadly Star" was published at the national level in the writing contest book "A Celebration of Poets." The young writer has joined forces with her dad Vinay Shankar to support her songwriting and book-writing endeavor. This daughter-father duo is on a journey to deliver the best content to the music and reading community. A jack of all trades, Kiara Shankar is an artistic force that is set to cement herself in the entertainment industry for years to come.

Subscribe to VIKI Publishing® Official YouTube Channel to watch lyric videos and to get notified on all upcoming videos of Primrose Fernetise songs.