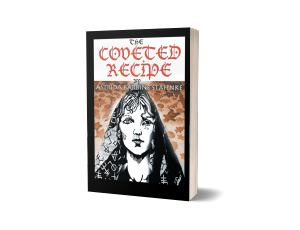 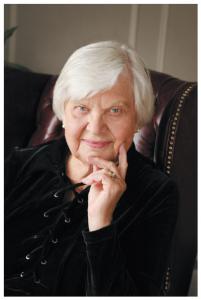 Looking at the past from the perspective of a refugee

PEMBERTON, NEW JERSEY, UNITED STATES, September 24, 2020 /EINPresswire.com/ — Oftentimes, our most meaningful introspections are those that are of questions that help us understand the world around us. In the book The Coveted Recipe, the protagonist seeks to understand her world covered in fear and rife with tragedy, where the lingering question is when all of it will end.

The story happens in the backdrop of a time when the Berlin wall was still a standing physical and ideological barrier between East and West Germany. The book puts its readers in the shoes of a person who is witnessing her country torn apart by civic and national strife, learning about the past from the eyes of someone who went through one of our darkest ages in human history.

Astrida Stahnke, the author, was born on March 15, 1935, in Latvia. Stahnke saw first-hand how the second World War decimated her country and suffered from suppression of freedom and rampant militarization. Stahnke and her family belonged to the thousands of refugees who escaped possible f mass deportations to Siberia, imposed by communist occupying forces. For refuge, the threatened people escaped westward. Astrid’s family chose Germany, where they lived in a refugee settlement, in the American Zone, until their immigration to the US, in 1949. For Astrid and others, the post-war years brought refuge and healing, as well as cultural enrichment and understanding that good can come out great loss, as long as the spiritual world is strong.

Similarly, the Mara, the protagonist in the novella, set in the Dark Ages prevails, while her antagonists perish. The inspiration came to the author in 1991, while riding and U-Bahn in Berlin, shortly after the Berlin Wall fell. She had been in Latvia and there read Die Wahrheit über Hänsel un Gretel (The truth about Hansel and Gretel) by Hans Traxler, describing the plight of the “witch” and the horrors of witch hunts. “It seemed to me that during WW2 and The Cold War, the whole world had been bewitched and now the spell was broken,” said Stahnke. She saw the release and the hope and to her mind came old, old story about innocent caught in the universal struggle between good and evil.

About Writers’ Branding
Writers’ Branding is a full-service self-publishing company that provides aspiring authors exclusive access to publicity and a pool of book evaluators and marketing creatives and bridges them to literary agencies and traditional publishing houses.