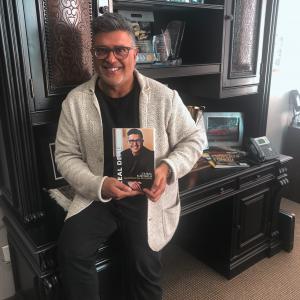 More than simply a story of one real estate agent’s rapid rise to the top ranks of his industry, The Real Deal chronicles Faisal Susiwala’s yearning to become a real estate agent. It also chronicles his experience and lessons learned along the way, culminating in reaching the peak of his profession.

Starting humbly, his journey began as a high-schooler, when he got his real estate licence. With a hunger to learn, and only after being turned down by a large real estate firm, he was taken on and mentored by an elderly broker nearing retirement, who taught him about charity, honesty, and so much more.
The lessons he absorbed from those earliest days by “the best mentor in the business,” coupled with the sometimes hard realities, and challenges, of life, gave Faisal a unique vantage point, and a solid foundation, upon which to build one of the most outstanding real estate careers in Canada.

Beginning as an 18-year-old upstart high schooler, he became an agent with no car, but soon learned the ropes and ended his first year in the business by paying off his parent’s mortgage.

Despite his early success and a series of valuable mentors, not everything he touched turned to gold. Even though many consider him a natural, at times he learned the hard way about investing in real estate, and as he struggled to the top, he developed crucial insights and principles about what worked and what didn’t.

Today, after more than 30 years in the business, and as the Number One RE/MAX agent in Canada—fifth in the world—he shares these insights with his colleagues and with everyone who would like to secure their financial future.

It’s not a “get-rich-quick” guidebook, but its lessons are tried and true and over time, will almost guarantee a solid financial footing that will carry the investor comfortably into retirement and ensure their children’s security as well.

It’s not rocket science, but it does take time and discipline. As Faisal Susiwala shows, it’s a system that works. Canada’s top agent—who lives and works in a small southern Ontario market—openly, and humbly shares his simple principles; insights that have taken him decades to discern.

His system took him to the top of his profession and made him the number one agent in Canada in terms of commissions earned and houses sold.
It’s a winning formula based on small-town values of doing a good job, doing the right thing and being ethical.

The Real Deal shows how one young man, against all odds, came to live the life of his dreams and along the way, created the Susiwala System—a how-to guide for real estate agents and everyday investors of all ages who want to secure wealth.

Faisal Susiwala believes being a real estate agent is the greatest job in the world, and this inner conviction has helped drive his success, but he also believes there are greater things than real estate, things like family, children, charity and God. It’s a philosophy that emerges on every page of his book.

Faisal Susiwala’s inspiring story, from selling chocolate bars door-to-door to traveling the world; from being an agent with no car to owning a fleet of elegant sports cars beyond his wildest dreams; from foreclosure in his boyhood to having a real estate portfolio that includes multimillion-dollar homes. He battled back from bankruptcy as a young man, then narrowly escaped being a casualty in the World Trade Center on 9/11. It’s all part of his story, a journey that is inspiring, informative and honest.

If you want success and wealth, and the freedom that goes with it, this book is indispensable. His book is available on Amazon or TheRealDealBook.ca