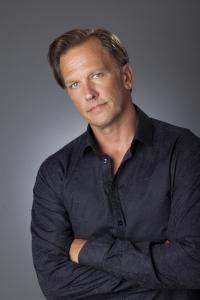 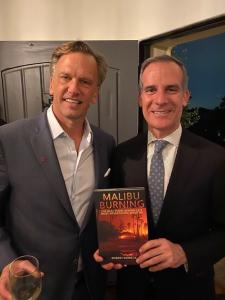 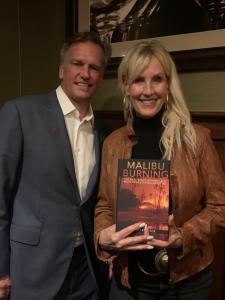 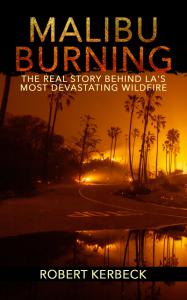 Malibu Burning: The Real Story Behind LA’s Most Devastating Wildfire

“If drones can fight wars, why not use them to fight fires?- Robert Kerbeck

LOS ANGELES, CA, US, October 20, 2020 /EINPresswire.com/ — California has suffered five of the six largest wildfires in recorded state history in recent weeks — including a “gigafire,” the August Complex Fire, which has already burned more than 1 million acres. Those displaced by the infernos were left to pick their lives up and put them back together. Unfortunately, several of those lives lost not only included the homeowners, but the first responding firefighters as well. Thirty-one deaths have been attributed to California wildfires since August — four firefighters and 27 other people overtaken by the flames.

To combat and help aid those firefighters, the LAFD has unveiled the new firefighting robot, RS3. Robert Kerbeck, acclaimed author and recipient of a 2020 Readers’ Favorite Award as the Silver Medalist in Nonfiction for his book, “Malibu Burning: The Real Story Behind LA’s Most Devastating Wildfire”, offers his views on the extraordinary achievement and technical development.

Last week, the LAFD became the first fire department in the nation to acquire the Robotics Systems 3, a droid on steroids. The Best of Los Angeles Award-winning author who wrote about the power of ordinary citizens working diligently to help each other create resilience, healing, and re-building, as a response to the Woolsey fire in 2018, states, “If drones can fight wars, why not use them to fight fires? That’s the idea behind the LA Fire Department’s first firefighting drone, Robotics Systems 3, or RS3 for short”.

This year, 11 LAFD crew members were severely injured when a fireball engulfed four downtown buildings after a massive explosion that was ignited by hazardous materials. Kerbeck states, “Now, firefighters can use RS3 as a safer alternative in battling potentially explosive blazes and it allows the department to get inside a burning building when humans could not dare enter safely.”

LAFD Chief Ralph Terrazas says that while he can afford to lose one of these wonderful machines, he cannot afford to lose a firefighter. Such technical advances will make enormous improvements and with multiple cameras and even infrared, states Robert, it will be able to locate the source of flames or even a trapped person.

Although California has had a tragic year, innovations such as these will only ensure that our first responders function better and safer in the future. Kerbeck concludes by praising the LAFD and stating, "I'm proud of the LA Fire Department for embracing this technology!"

Robert Kerbeck is the founder of the Malibu Writers Circle and a three-time Pushcart Prize nominee. On November 9, 2018, Robert, along with his wife and teenage son, fought to save their home from the deadly Woolsey fire, the worst wildfire in Los Angeles history. It burned 100,000 acres, destroyed more than 2,000 structures, and killed three people before firefighters were able to control the blaze. More than 250,000 people were forced to evacuate, but some Malibu citizens stayed behind to protect their homes. One of these accidental firefighters was Robert Kerbeck. His harrowing first-person account was read by over a million people as an Op-Ed for the Los Angeles Times. Based on that essay, comes his book, Malibu Burning: The Real Story Behind LA’s Most Devastating Wildfire. Kerbeck interviewed nearly every player in the fire from the LA County Supervisor to the Deputy Fire Chief to the Malibu City Manager, as well as many well-known people whose lives were affected. Celebrities who were interviewed or appear in the book include Bob Dylan, Joan Didion, Sean Penn, Nick Nolte, Kevin Dillon, Matt Dillon, Julia Roberts, Anthony Kiedis, Chris Martin, Leonardo DiCaprio, and many others. Malibu Burning is a combination of investigative journalism and memoir, a series of stories of people involved with and impacted by the fire that ripped through Los Angeles and Ventura counties. Readers feel part of the dramatic, life-threatening journey portrayed through the stories of not just the celebrities but the teachers, gardeners, house cleaners, farmers—and children. This is more than a story about one of the world’s most famous communities; it's a human interest and survival tale anyone can relate to.