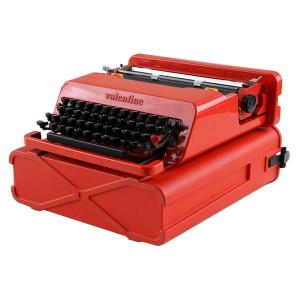 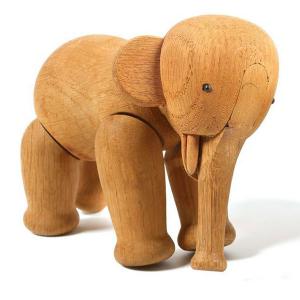 The Kovels say take care when clearing your clutter—some things are worth more than you think.

CLEVELAND, OHIO, US, October 22, 2020 /EINPresswire.com/ — The antiques and collectibles experts at Kovels.com are always asked what to keep and what not to keep when cleaning house or downsizing. Here are 7 things you should not throw away—they may have more value than you might expect.

1. Old typewriters, especially the red Olivetti Valentine in a case
The first practical typewriter was invented in the 1860s; then came electric typewriters, portable typewriters, and by the 1970s, word processors and computers. One of the most collectible typewriters is the red plastic Olivetti typewriter designed by Ettore Sottsass in 1968. It is an icon, displayed in museums as a classic example of modern design. If you have a red typewriter check for these clues: It will say” Valentine” or “Valentine S” on the lid. Early examples have a small ribbon spool cap while newer ones look more like a hat. And on the back near the handle on the frame is the name of the city where it was made. A working Olivetti Valentine typewriter with a case, both in excellent condition, is worth about $500.

2. Danish wooden toys from the 1950s
In 1951, Kay Bojesen, a Danish prize-winning designer of silver wares, made a group of hand carved wooden toy animals, very modern-looking, with moving arms and legs. There was a monkey, hippo, zebra, elephant, and birds. All were made of teak and a lighter wood, 12 inches high and smaller, and some were painted. A 12-inch monkey recently sold at auction for $5,909. The large size is rare; others sell for less. A lot of two vintage Kay Bojesen midcentury modern elephant toys sold for $1,560 in a Florida auction.

3. Miriam Haskell costume jewelry
Costume jewelry by Miriam Haskell sells for higher prices than most costume jewelry. Her elaborate beaded necklaces and pins with large colored glass stones can sell for up to $1,500 if marked. Haskell (1899–1981) made jewelry from the 1920s to 1960s. She used gilt filigree, fake pearls, crystals, glass beads from Murano and “rose montees,” crystals cut in the shapes of roses in a silver mount that could be sewn in place. Because the designs are so intricate and the pieces made with so many special details, prices are determined by size and condition. Corroded metal and chipped or missing stones dramatically lower the value, as does the lack of a Haskell mark. Pins with large, colored center stones that resemble emeralds or rubies, and extravagant necklaces sell for the most. Look for the vintage marks; the company is still in business. A Miriam Haskell pin and earrings with green Czech glass, rhinestones and baroque pearls, and the early stamped Miriam Haskell horseshoe mark sold in an online jewelry auction for $750.

4. Commercial perfume bottles and large exhibit factices
Some perfumes were packaged in expensive glass containers like those by Lalique, and the empty bottles are worth hundreds of dollars. Also, department stores were loaned giant-sized bottles called factices—ten times the size of a normal perfume bottle—for display. Many perfume bottle collectors tried to buy these large bottles, and some were lucky enough to get one. They sell for as much as $500 today. Even the regular-sized empty bottles, if made by an important company, sell for over $100.

5. Lamp hardware
Check before you throw out parts of old lamps. Auction houses are selling pieces of original lamps, such as the acorn chain pulls for Handel lamps or the center fittings that hold lampshades. A lot consisting of Tiffany and Handel lamp parts that held the shade in place just sold for $3,520.

7. Sewer covers
Sewer covers from streets that were torn up and repaved are being used as tops for small tables. They are also selling well.

About the Authors:
Terry Kovel is a lifelong collector and expert. She has written more than 100 books on antiques and collectibles. She writes a nationally syndicated newspaper column, a subscription newsletter and a weekly e-newsletter. She lives in Ohio.

Kim Kovel, daughter of Terry and Ralph Kovel, grew up in a house filled with antiques and traveled regularly to shows and flea markets all over the country. Kim lives in Florida in a 1950s house.

About Kovels.com
Kovels.com, created by Terry Kovel and Kim Kovel, provides collectors and researchers with up-to-date and accurate information on antiques and collectibles. The company was founded in 1953 by Terry Kovel and her late husband, Ralph. Since then, Kovels’ Antiques has written some of America’s most popular books and articles about collecting, including the best-selling Kovels’ Antiques and Collectibles Price Guide 2021, now in its 53rdth edition. The website, Kovels.com, online since 1998, offers more than 1 million prices. It gives readers a bird’s-eye view of the market through latest news, auction reports, a marks dictionary, antiques & collectibles identification guides covering antiques from 1750 to 2000, advice on downsizing and settling an estate, the digital edition of Kovels on Antiques and Collectibles Newsletter plus 46 years of archives, readers’ questions and answers, and much more. Kovels also sends a free weekly email, Kovels Komments.