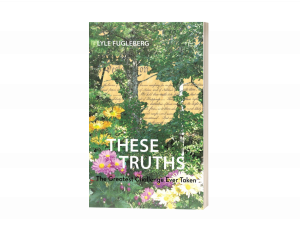 These Truths: The Greatest Challenge Ever Taken

A story of survival set in the greatest challenge for mankind

COOKSTOWN, NEW JERSEY, USA, November 30, 2020 /EINPresswire.com/ — Over the decades, numerous storytellers have provided us with many depictions of the far future and how mankind will fare during that time. Oftentimes, the future seems bright with mankind reaching out to the stars and beyond to be the dominant force in the galaxy. However, some stories see mankind fall from grace, in a catastrophe of its own making, resulting in a future where the world has reclaimed its sovereignty and we humans revert to being mere survivors. This is the story shared by author Lyle Fugleberg in his book These Truths: The Greatest Challenge Ever Taken.

The founder of an award-winning architectural firm, Lyle Fugleberg is a writer whose goal is to inspire people to talk about humanity’s impact on our one and only home in the universe: Earth. He retired after working for 45 years in the field of architecture and is currently a writer active in sports as well as community service. He has been married for over sixty years, and he and his wife move between Florida and North Carolina on a regular basis.

The book has two settings, thousands of years in the future where John Anderson inexplicably finds himself, and a recall of the twenty-first century, without the bridge in memory to tie the two together. In that future setting, a world as wild and wonderful as only the Creator could make it, John uses every skill to survive, finding primitivism and love as he does. After two decades in the struggle, there is both tragedy and revelation, the revelation revealing an Easter and its challenge, the greatest mankind has ever faced, for which it is designed.

This tale will grip the reader’s imagination tightly and never let go from beginning to end. It is a must-have for fans of the genre so get your copy today!