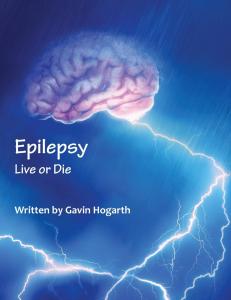 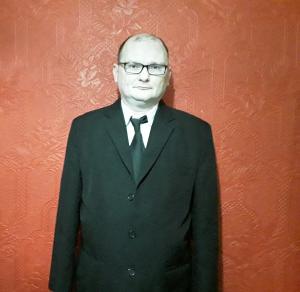 I hope that after reading these books that you will be able to spot the signs of epilepsy, and be able to help people with epilepsy.”
— Gavin Hogarth

LIVERPOOL, ENGLAND, December 3, 2020 /EINPresswire.com/ — According to the CDC, in 2015 around 1.2% of the total population in the United States had active epilepsy – meaning 3.4 million people nationwide, 3 million of them adults and 470,000 of them children. Latest estimates show that around 0.6% of children have active epilepsy. With “Epilepsy Live or Die,” Gavin Hogarth aims to raise awareness of the condition that he has had to live with. And by sharing his life story, he hopes to help others with similar experiences, as well as those tending to their loved ones with the condition.

"Living with epilepsy myself, and not many people knowing anything about epilepsy, I thought that I would write to advise people with epilepsy, and to teach people just what epilepsy is and just how they could help people with epilepsy." Hogarth says. With his book, he informs audiences about the matter, showing them what it is like to live with the condition. He goes beyond textbook-style descriptions and infuses his narrative with humour and observation, giving it another layer of authenticity and adding details that go beyond the clinical. "Epilepsy: Live or Die" shows how Hogarth has had his life shaped by epilepsy. He believes that awareness is the key to understanding and through this book hopes to inform and gently educate people about those living with the condition.

"I hope that after reading these books that you will be able to spot the signs of epilepsy, and be able to help people with epilepsy." Hogarth says. “Epilepsy Live or Die” can inform people about the medical condition so they can be better prepared to deal with it, from those dealing with the disorder themselves to loved ones and caretakers tending to them.

About the Author
Gavin Hogarth was born in Liverpool, England, and is proud to be a 'born and bred Scouser!' Having lived with epilepsy most of his life; it is with the complete support of his family and friends that he has written this book.