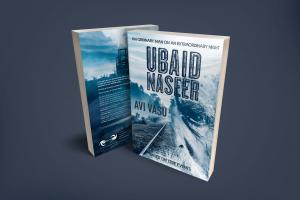 The untold story of an unsung hero

An ordinary man on an extraordinary night

MUMBAI, MAHARASHTRA, INDIA, December 3, 2020 /EINPresswire.com/ — In the early hours of 3rd December 1984, as the city of Bhopal slept, a silent but deadly cloud of poisonous gases descended upon an unsuspecting population of over 500,000 people. While official figures vary, unofficially it is universally accepted that over 25,000 people died of exposure to the gas that night and over 500,000 people were injured due to the exposure. It is counted among the worst industrial tragedies in the history of the world.

Thirty six years down the road, the factory that caused the gas leak lies abandoned, toxic, and still pollutes the ground water and soil of Bhopal.

Thirty six years down the road, babies are still being born with disability and deformation due to genetic damage caused by exposure to the gas.

Thirty six years down the road, many books have been written about the incident and many films have been made. Stories of negligence and callousness. Stories of incalculable misery and continuing suffering. Stories of loss and despair.

However, that night also witnessed some extraordinary heroism, and those stories were never told.

Avi Vasu’s book ‘Ubaid Naseer’ is the untold story of an unsung hero who was the Deputy Station Superintendent of Bhopal Railway Junction on the fateful night. The protagonist Ubaid Naseer single-handedly took charge of the train station which became the epicentre for people fleeing the city in panic, while his family fought their own battle against the invisible enemy.

“This fictionalised recounting of true events of that night is the story of an ordinary man pushed to do extraordinary things due to his values and circumstances. There are other people mentioned in the book that themselves did brave and heroic things that night, without any reward. They remain unsung precisely because nobody tells their stories. My idea is to bring this story to the front, so everybody can know them and get inspired by them. We have all heard of the tragedy, but only few know what living through it felt like,” says Avi of the book, adding, “Writing this book was an emotional process because interviewing survivors and heroes gave me so much inspiration and humility. Fortunately, just before the lockdown, I visited Bhopal and met several amazing people connected with the events and the characters involved. I was honoured to be able to meet them and learn so much.”

Avi is primarily a filmmaker, with his films having been screened at the Cannes Festival in France, the Indo-German Film Week in Berlin, the South Asia International Film Festival in New York and the Jaipur International Film Festival. He says, “The idea is to use multiple media to reach the story to everyone. We are now exploring avenues to bring ‘Ubaid Naseer’ to the screen. The story is so gripping and moving, I believe it will make a fantastic film or mini-series.”

The trailer of the book: https://www.youtube.com/watch?v=ii3F8AN4cvU/