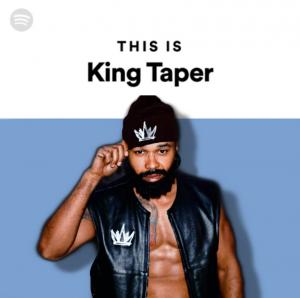 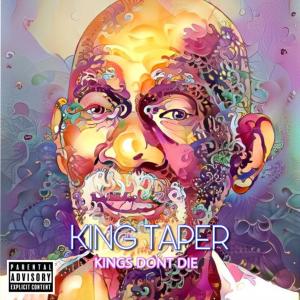 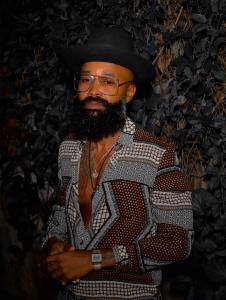 Check me out on Google

I was great before anyone else recognized it.”
— King Taper

LOS ANGELES, CALIFORNIA, UNITED STATES, January 1, 2021 /EINPresswire.com/ — King Taper is kicking off 2021 with a Dr. SEBI & DR. DRE inspired banger, KINGS DONT DIE; a Jazzy-Trap record with a vintage, yet ultra-current vibe. This St. Louis-born superstar was on a creative tear in the last months of 2020 earning his 1st Spotify curated playlist, loads of radio airplay and interviews on Atlanta radio stations, as well as thousands of streams from the collective efforts of songs like Mis Chakras and Holy Trinity, The Album.

In our interview King Taper explains his influences for the song “Kings Don’t Die; is based on a conversation with the legendary Dr. Dre on-set of the classic film "Straight Outta Compton". Invited on-set by friend/client Director F Gary Gray; King Taper nervously seized the opportunity to ask Dr. Dre, "How does it feel to have a movie made about you?" Dr. Dre replied, "I feel like I'm being IMMORTALIZED". That statement King Taper says, was the inception of the
song Kings Don’t Die.

Both of King Taper’s latest single releases for The Ghost and Mis Chakras music videos on YouTube were greeted with anticipation; with The Ghost earning 10k+ views its first week and Mis Chakras on a steady climb to 30k+ views.

King Taper’s discography also includes The Taper Project Vol. 1 (The Journey of a Dreamer), a collection of raw hip hop tracks, released in 2015. Love Me Forever or Never, The Album followed in 2017, and served to be a sonically melodic album based on a theme he coined TRILL R&B.