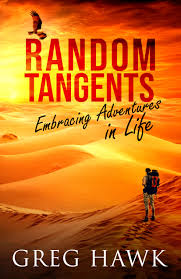 CHEYENNE , WYOMING, UNITED STATES , January 28, 2021 /EINPresswire.com/ — Greg Hawk, specializing in treasure hunting in the American Southwest, is currently in the process of negotiating with ranch owners near Prescott, Arizona to produce a documentary on their property.

The documentary will be based on Hawk’s own quest for answers to where exactly Bob Brow’s Saloon was located at the time the Walnut Grove Dam failed. Inside the saloon was a safe containing a safe with $5,000 to $10,000 and barrels of whiskey which disappeared. To this date, the safe has never been verified to be found.

There is a great deal of history surrounding this story which starts back in 1886 when they first started building the dam and at a time when Prescott, Arizona was the capital of the Arizona Territory. The documentary has a vast wealth of history to draw from, not only of the building of the dam but also of the gold and silver mining boom along with the railroads and stagecoaches bringing people and supplies to the new territory.

Greg Hawk and his esteemed colleague, Prof. Jim Fink, a geological engineer and physicist from Tucson, collaborated in researching the Walnut Grove Dam failure and gained extensive information from resources like magazine articles, newspapers, and history books. However, what kept eluding them was the exact location of Bob Brow’s Saloon during the dam failure.

Although the safe is suspected to be buried in the sands of the Hassayampa River, which is an intermittent river flowing predominantly Southwards towards Wickenburg, there are a number of speculations about where the Saloon was located. Various treasure hunters suggested maybe it was further downstream where a crew built a lower portion of the dam or it was closer to Wickenburg.

The Walnut Dam was 110 feet high, holding back nine billion gallons of water. The water that flowed out when the wall failed was 80 to 100 feet high and heading towards Wickenburg, where it started to flatten out to 20-foot-high waves. With this, the water rushing from the dam caused many to lose their lives, it’s reported that bodies were found 30 miles downstream from their original location and the force of the water tossed large boulders around as if they were balls.

More information about the Walnut Grove Dam Disaster of 1890 and it’s devastating consequences can be found in Jim Liggett’s book, ‘Arizona’s Worst Disaster: The Hassayampa Story 1886 – 2009’, which has been republished by Desert Roamer Press with permission from the author.

Greg and Jim’s research led them to visit the old Walnut Grove Dam site now located on a ranch. The family owning the ranch is the fourth generation, coming from a line of ranchers owning that land since 1909. The family gave Greg and Jim a tour of the dam ruins, including valuable information from old images of the dam and reservoir before its failure.

After visiting the dam site several times over a time period of a few months, Greg and Jim connected the dots that the information given by the ranch family could possibly point them to the actual location of Bob Brow’s Saloon. The ranch which covers 45 square miles along the Hassayampa River provides a perfect location for filming.

Raised in a small farm town in Illinois, Greg Hawk’s adventures and experiences are extensive. Before starting the Desert Roamer Press he owned and operated Fantasy Dive Charters in Port Douglas, Australia. He explored sunken ships and planes during his numerous diving expeditions throughout the Pacific. After college, Hawk served in the army, which led him to Vietnam. After his time in the army, he worked in commercial and civil construction, which led him to work on private and governmental water resource projects.

Currently, Hawk lives in Cheyenne, Wyoming, and his treasure hunting is mainly focused in the state of Arizona, occasionally also around the border with California. Find more information about his publications and treasure hunting adventures on the Desert Roamer Press website, where he regularly updates his Travel Blog and Videos, along with his latest book, ‘Random Tangents: Embracing Adventures in Life’, where he explores his life’s adventures and many challenges along the way.

Desert Roamer Press is owned by adventure travel publisher, Greg Hawk, who specializes in treasure hunting in the American Southwest.