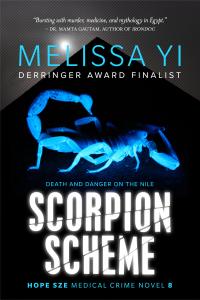 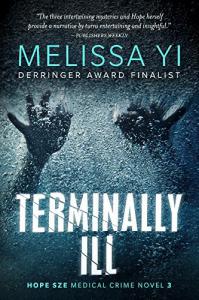 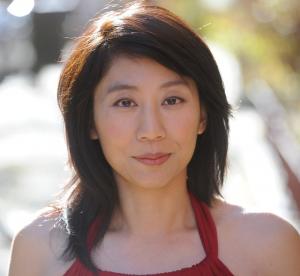 MURDER AND MYSTERY IN THE UTOPIA OF EGYPT
by one of Canada’s top thriller authors, MELISSA YI

SOUTH GLENGARRY, ONTARIO, CANADA, March 1, 2021 /EINPresswire.com/ — Released and published by Wildtree Press!
The book is available worldwide in digital and print across all platforms!

"ER meets Homeland in a frenetic Egyptian adventure. Hope Sze turns her medical crimefighting into an international incident. Terrorism, tombs, sarcasm, and sex.”—Dr. Frank Warsh, author of Hippocrates: the Art and the Oath

"Scorpion Scheme is top-notch historical crime fiction with a fabulous kick-ass female protagonist. The kind of book that you just can't put down. Scorpion Scheme is Robin Cook meets D.J. McIntosh's fabulous Mesopotamian trilogy but it delivers a stingingly good tale all on its own steam."—Lisa de Nikolits, author of The Rage Room

She can't afford the flight to Cairo, or the cruise down the Nile, so she'd keep studying in Canada-except her fiancé, Dr. John Tucker, yearns to patrol the pyramids and confront the curse on King Tutankhamun's tomb.

So when a company offers them both a free stay in Cairo in exchange for a month's work in an emergency department, Tucker lobbies for a pre-honeymoon in the Valley of Kings and Queens, investigating the windswept temple of Hatshepsut, or scuba diving in the Red Sea.

Instead, within 90 minutes of arrival, Hope drops to her knees outside the Grand Egyptian Museum, desperate to save a now-comatose 87-year-old Johannesburg man who'd raved about Kruger and treasure after receiving a nail through his skull.

Tucker fixates on their one chance at the legendary Kruger Millions, a rumoured fortune that many believe lies secretly stowed somewhere in South Africa.

Since their combined student debt load totals half a million dollars, Tucker can't pass up the possibility of a treasure trove in buried gold.

Hope launches into her first mystery based in a birthplace of human civilization.
Where the evil god Set battled righteous Horus and Isis in an 80-year war.
Where wealth and power clash with political revolution.

Where Antony fell in love with Cleopatra.

Where Hope and Tucker must outwit, or fall prey, to a ruthless criminal mastermind.

Praise for the Hope Sze series

One of the best Canadian suspense books recommended by Margaret Cannon, The Globe and Mail, on Human Remains
"Smart and sassy."—Jim Napier, Reviewing the Evidence

But when “Elvis the Escape King” chains and nails himself inside a coffin on the anniversary of Houdini's death, in Montreal’s St. Lawrence River, he can’t break free.

Soon after Hope restarts his heart and saves his life, Elvis demands to know who sabotaged his stunt.

Hope hung up her amateur detective badge to tend to cancer patients on palliative care.

Next, she'll transfer to Ottawa and join her ex-paramour, Ryan. No more unspeakable Montreal drivers and stymied medical care. No more working with the charming yet infuriating Dr. Tucker.
Hope the Escape Artist can afford to act generous. As a parting gift to Montreal, city of festivals and murderers, she'll save Elvis’s sanity as well as his skin.

And so Hope plunges into her most unconventional and most terminal adventure yet.

Where the magical art of escape and the subtle skill of crime vie for centre stage, and the better man may lose. Forever.

"[T]his novel demonstrates familiarity with the conventions of mysteries without being constrained by them and with the realities of Canada's medical world. Although the tone is light, the author is not afraid to introduce darker themes. The three intertwining mysteries and Hope herself provide a narrative by turns entertaining and insightful." —Publishers Weekly

"Narrating in a sprightly style while sharing some of the nitty-gritty of a resident's job, Hope Sze is an utterly likeable character."—Ellery Queen's Mystery Magazine

Melissa Yi is an emergency physician and award-winning writer. In her newest crime novel, SCORPION SCHEME, Dr. Hope Sze lands in Cairo and discovers a man with a nail through his skull who might hold the key to millions in buried gold. Previous Hope Sze thrillers were recommended by The Globe and Mail, CBC Books, and The Next Chapter as one of the best Canadian suspense novels. Yi was shortlisted for the Derringer Award for the world’s best short mystery fiction. Under the name Melissa Yuan-Innes, she also writes medical humour and has won speculative fiction awards. http://www.melissayuaninnes.com/

We look forward to the coverage!