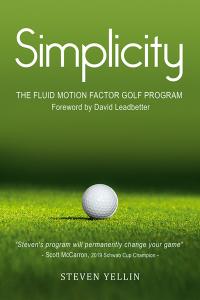 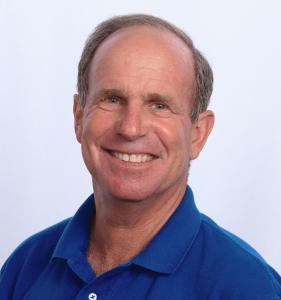 I have always played my best golf when I am not thinking and I allow the swing to unfold unnaturally. Steven's program taught me how to do this more consistently. ”
— Scott McCarron, 2019 Schwab Cup Champion

BOULDER, CO, UNITED STATES, May 13, 2021 /EINPresswire.com/ — A study just published in Frontiers in Computer Science relied on functional near-infrared spectroscopy (fNIRS) to confirm what happens in the brain when an athlete chokes under pressure. It is exactly consistent with the premise of Steven Yellin’s Fluid Motion Factor Program, described in SIMPLICITY (Armin Lear Press, August 2020).

According to the authors of the study entitled “Exploring the Brain Activity Related to Missing Penalty Kicks: An fNIRS Study”: "The results show that the task-relevant brain region, the motor cortex, was more activated when players were not experiencing performance anxiety. The activation of task-irrelevant areas was shown to be related to players experiencing anxiety and missing penalties, especially the prefrontal cortex (PFC). . .When experienced players were feeling anxious, their left temporal cortex activation increased, which could be an indication that experienced overthink the situation and neglect their automated skills."

Yellin explains: “The Fluid Motion Factor teaches golfers how to keep the pre frontal cortex offline so that fluid motion can be produced in a golf swing. This research verifies this has to occur in order to play championship level golf.”

Scott McCarron, 2019 Schwab Cup Champion, notes the impact of his reliance on the Fluid Motion Factor Program: “I have always played my best golf when I am not thinking and I allow the swing to unfold unnaturally. Steven's program taught me how to do this more consistently. This has allowed me to win 11 times on the Champions Tour and win the Schwab Cup in 2019.”

Steven Yellin is the founder of the revolutionary Fluid Motion Factor program. He has worked with some of the top players in the world, including those that have won five Major championships and over $80 million dollars in prize money. He taught his program at the Leadbetter Academy in Orlando for five years.

About Armin Lear Press
Armin Lear was founded in 2019 with the purpose of publishing books connecting people with ideas that make our lives richer, more fulfilling, and happier. Its founders have 26 years of publishing experience. The company headquarters is near Boulder, Colorado with a production office in Arlington, Virginia. Armin Lear is a member of the Independent Book Publishers Association and distributes its books worldwide in English through Ingram.