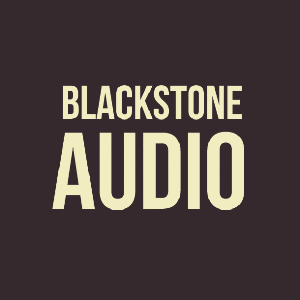 “We're honored to include Blackstone Audio into our BoLAA family.” ~Aurora DeRose

The “Best of Los Angeles Award” community was formed five years ago and consists of over 7,400 professional members living and working in Southern California. It celebrates the best people, places, and things in Los Angeles with the slogan “No Ads. No B.S. Only the Best.”

“The mission of the community is to celebrate the best of Los Angeles, and allow its community members to connect with other members who share the highest standards of quality and integrity,” expresses DeRose. "We're honored to include Blackstone Audio into our BoLAA family."

Blackstone Audio was founded by Craig and Michelle Black in 1987. Originally created under the name “Classics on Tape,” the company was founded in Ashland Oregon. The closeness of this location to the Oregon Shakespeare Festival allowed the company to gain many voice actors during its beginning stages.

The company started its e-commerce/subscription site, Downpour.com, in 2012, which greatly aided in its growth as a major audio book publisher. Since their founding, they have made deals with other companies to help manufacture CD and MP3 format media, as well as help distribute these products to retail locations and libraries.

Blackstone Audio is now one of the largest independent audio book publishers in the United States. The company offers over 30,000 audio books and can distribute its products directly to its consumers through its e-commerce site.