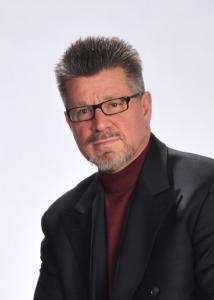 During a July 12, 2021 meeting with the press, Chicago Mayor Lori Lightfoot explained that her focus was on “Making sure that the US Attorney’s Office, the ATF, and other federal resources are really focused on stopping gun trafficking will make a world of difference here in the city.”

Renteria says that violence in Chicago can decrease with community, systemic, and institutional support. He is offering his comprehensive, bilingual book series and unique educational tools as a viable option. These resources have reduced the propensity for violence as reported by former violent offenders themselves.

In 2021, Dr. Renteria published qualitative and quantitative assessment reports outlining the economic, environmental and social impact of gun violence in communities. Researchers found that education was not only the common denominator in the data collected but a civic responsibility. It was encouraged to be part of the ongoing conversation.

"Both the academic-based and faith-inspired curriculums are donated at no cost to help bring teaching tools to address issues currently facing our youth and our communities," explained Dr. Renteria. “Barrio focuses its efforts on helping communities and providing an anti-violent initiative and education which address safety through culturally relevant, interactive educational tools and other resources. Prevention eliminates the need for intervention."

National and global research report that less incarceration, strong community-police relationships, and opportunities for young people with the highest risk of violence as essential to effectively reduce violence.

"A solution for Chicago gun violence is within reach," stated Fran Briggs, Publicist to Dr. Robert Renteria. "The city is on a path to an uncertain future. Dr. Renteria's tools can change that trajectory."

Dr. Robert Renteria says he has personally vested more than $400,000 over a span of 14 years towards teaching tools to this end. Among these tools are a bilingual book series and program that resonates with youth and adults, alike.

Partnerships with organizations such as RX Water, Papa John's, The Rugby Foundation, United American Marketing, WBC, and the Oberweis Foundation are credited for local and worldwide, distribution of the multi-award-winning program.

From the Barrio to the Boardroom, Mi Barrio and Little Barrio books and programs have been embraced by principals, teachers, counselors and social services. Presently, they are being used in middle schools, high schools, colleges, youth detention centers, jails, prisons, probation, homeless shelters, battered women's shelters and substance abuse programs in more than 125 countries.

Dr. Robert Renteria is a civic leader and spokesman for From the Barrio Foundation is a 501(c) (3) not-for-profit organization based in Aurora, IL. From the Barrio Foundation donates academic and faith-inspired curricula which address social and emotional learning (SEL). The program helps children across the globe with their critical thinking skills and bridges the gap in their education. For more information about how you can assist, visit www.fromthebarrio.com or call 312.933.5619.