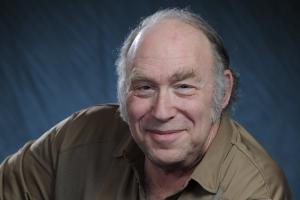 ROCKVILLE, MARYLAND, UNITED STATES, July 27, 2021 /EINPresswire.com/ — Arc Manor, publishers of Galaxy's Edge magazine and Dragon Con, are pleased to announce the finalists for the Mike Resnick Memorial Award for Short Fiction. The five finalists are (in no particular order):

Lucas Carroll-Garrett for “Hive at the Dead Star”
Shirley Song for “Times, Needles, and Gravity”
Z. T. Bright for “The Measure of a Mother's Love”
Christopher Henckel for “Echoes of Gelise”
Torion Oey for “Feel”

The Mike Resnick Memorial Award for Short Fiction is an annual award given to the best new writer of a short story. The award was set up in memory of Mike Resnick, a five-time Hugo Award winner and Chicon 7 guest of honor. His novella “The Seven Views of Olduvai Gorge” in one of the most awarded stories in science fiction, having won the Hugo Award, the Nebula Award, the S.F. Chronicle Poll Award, and the HOMer Award as well as numerous international awards, including ones in Spain, France, and Croatia. Resnick was also the recipient of the Sky Lark Award and the Writers and Illustrators of the Future Award for lifetime achievement.

One of Resnick’s passions was promoting new talent. Indeed, it was toward this end that he and Shahid Mahmud created GALAXY’S EDGE magazine, which publishes stories from both veteran authors and less known and new writers. The Mike Resnick Memorial Award for Short Fiction was established to carry on that same tradition of encouraging new writers. There is no fee or other requirement necessary to enter the competition, except that the writer be a new, unpublished author.

The judges for the 2021 award are Nancy Kress (Hugo- and Nebula-winning author), Lois McMaster Bujold (Hugo- and Nebula-winning author), Sheree Renee Thomas (award-winning editor and current editor of the MAGAZINE OF FANTASY AND SCIENCE FICTION), William B. Fawcett (editor of more than 400 science fiction novels), and Jody Lynn Nye (author or co-author of more than 50 novels and 100 short stories).

Submissions for the 2022 award are now being accepted.

More information on the award is available at:

ABOUT ARC MANOR: Arc Manor is an independent press based in Rockville, Maryland. It publishes science fiction and fantasy under the Phoenix Pick and CAEZIK SF & Fantasy imprints and has published GALAXY’S EDGE magazine since March 2013.