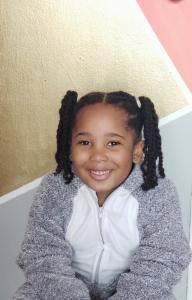 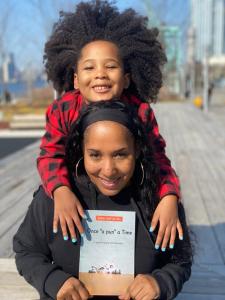 BROOKLYN, NY, UNITED STATES, July 28, 2021 /EINPresswire.com/ —
From knock knock jokes to standup comedian, laughter has lifted the spirits of many. Who doesn’t love a good belly laugh? During these unprecedented times, especially, people need to escape from the reality of a pandemic that has hit us all. With this in mind, Wolf Cub Chlo was fashioned. The creators are a mom, Jenn who is a high school teacher and her 6-year-old daughter and business partner, Chloe aka Wolf Cub Chlo.

Children can be very sympathetic as exemplified by Chlo’s remarks to her mom one day, “Mom, I’m tired of seeing people sick and sad and want to find a way to use my brain to make more people smile” That was the starting point for Chlo to write a joke book entitled “Once a pun a Time – a guide to reading and telling jokes for kids” and later work with her mom to write an accompanying 50 page Activity book for kids also entitled “Once a pun a Time.”

Mom Jenn also put pen to paper and wrote a guide for parents entitled “Discover how to eliminate the Screen Time.” This timely rendering is designed to help parents who find themselves in the ongoing battle that they have with their kids who sit in front of their mind-numbing devices for hours vegetating and not being productive. It instructs the parent on how to deal with their child while avoiding tantrums and meltdowns.
This dynamic duo also has a new release, an audiobook of “Once a pun a Time – a guide to reading and telling jokes for kids” perfect for a family on the go. This vehicle makes it accessible to the visually impaired so that they too can enjoy the jokes. It is narrated by Jenn, with all jokes told by Chlo herself!

The focus and hopeful outcome of Wolf Cub Chlo’s initiative is to encourage kids to gain a love for reading and to push them away from so much screen time while putting a smile on their faces. So many kids are falling behind educationally and socially because of this pandemic as statistics show. Wolf Cub Chlo’s mantra is “you can truly become whatever you put your mind to. Don’t let the world decide your fate, take your life into your own hands and decide for yourself what you will become – you are never too young to make that decision.”

Chlo is a pioneer breaking the barrier of race as the only African American little girl who self-published a comedy book at 6 years of age. She is already making inroads into an industry where 8 out of 10 comedians are male and only 10 percent are Black. The crowning jewel that overshadows everything is that most mothers are not business partners with their 6-year-old daughters. We are certain to hear more from this creative team in the future.

For more information about Wolf Club Chlo contact Jenn Bell-Allen at 917.676.7990 or support@wolfcubchlo.fans.